Reviewers have been positive in their praise for the first edition of the book. The revised second edition was published in April 2015 by Island Press of Washington, D.C. It is available in a number of formats: print, Kindle, ePub and a media-rich iPad version.

" ... in Roads Were Not Built for Cars, readers are taken through a massive history lesson, drenched in facts and anecdotal information, around just how influential bikes have been throughout their time ... There were times where I was absolutely riveted, I couldn’t peel my eyes from the page ... The sheer amount of factual information is truly awe-inspiring ...

“This fascinating insight into the origin of roads will break down some road ownership issues, and help promote harmony for all road users whether on four wheels or two.”

“Roads Were Not Built For Cars is a major and original piece of work, and a significant contribution to social history. It is also an underpinning for current debates about the urban realm.”

“ … closely argued, meticulously researched … [this] book is also a treasure trove of curious trivia and arcane detail. [The] iPad edition puts [publishing] professionals to shame, featuring lovely use of video, a wealth of images, clever 3D models, and even a 19th-century ditty about speeding cyclists.”

"...when all's said and done, I don't really care why you buy a copy of this book, whether it's on paper or in pixels, but buy it you must ... [it is] a major triumph ... for each and every cyclist the world over."

"Roads Were Not Built For Cars is a polemic shot through with a sense of injustice for the written out and colonised – the literally marginalised literally pushed in the gutter when they had literally paved the way for the motorist – [yet] it could be enjoyed by Jeremy Clarkson."

“Well-written and thoroughly researched with fascinating insights from primary sources ... 10/10.” 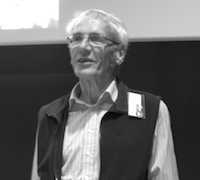 "This volume is the cycle history dissertation for our age … [with] fascinating snippets not noted elsewhere … Whenever a new character or event [is introduced] it is seamlessly related to other players in the story and what may start as a diversion turns out to add flavour, knowledge and enlightenment ... Readers interested in the history of the motorcar will be similarly hooked ... None of the old cycling myths are regurgitated; the prose and proof-reading are beyond reproach and Nicola King’s indexing is immaculate … I cannot recommend this book more highly."

David Henshaw, A to B Magazine

“Roads Were Not Built For Cars is something of a bicycling Ben Bur … [and also an] entertaining exploration of the early days of motoring …” David Henshaw. A to B Magazine, December 2014.

" ... exceptionally well-researched … a fascinating story …[an] important book … describing the development of much of the world we see outside our doors … Roads Were Not Built for Cars ... can be said to break new ground in cycling history, [and] shows us not only the highway from the past but also how we might want to consider how we view the future.”

"This book is a lot more than a dry history of road building … it fascinates with a steady stream of revelatory contemporary views on who those roads were for. As such it is … a contribution to the debates we should be having now on transport policy.”

"I don’t believe that there has ever been a more thorough explanation of firstly why roads are now seen as being purely for transport use; secondly why the needs of motor transport have priority over any other consideration; and thirdly the role that bicycles have played ... This book ... gives hope that things can change ... Looking to the future, the book questions whether motorways ... could eventually suffer the same fall from grace as railways if they become less relevant: it might seem inconceivable now, but this book reminds us that transport priorities can and do change, along with the building works required to support them."