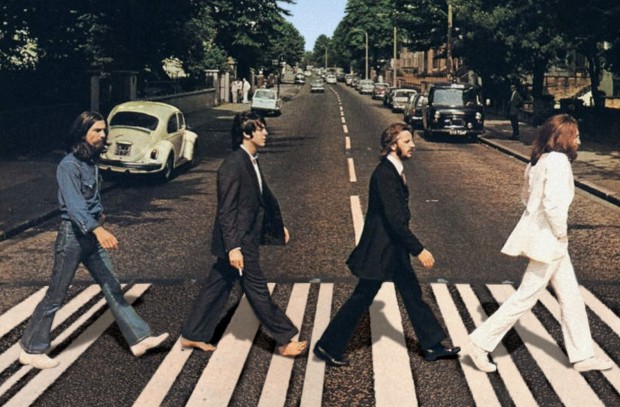 Five years after the taking of this famous photograph of a car parked on the pavement (sorry about those blokes blocking the view of the VW Beetle) it was made an offence for motorists for park on footways. But only in London. In the rest of the UK – well, except for Exeter – it is not an offence.

But it is an offence to drive on a footway. Bizarrely, the fact a car is parked on a footway is no proof it was driven there – it could have been dropped on the footway by a crane, for instance.

Mind boggled? It gets worse. The offence of driving on a footway dates from 1835, before motor cars were invented. The 1835 Highway Act was extended to cycles in 1888. Since then it has been an offence to cycle on a footway, and cyclists today are routinely fined for “riding on the pavement”. Yet the police turn a blind eye to motorists guilty of breaking the same 1835 law. And this blind eye is official, as revealed by Britain’s top traffic cop in a parliamentary committee earlier this month. Superintendent Paul Keasey is chair of the National Road Policing Intelligence Forum and told the Transport Select Committee that parking “half on the pavement” was a problem but “it is not for the police to enforce that.”

Optimistically, Superintendent Keasey added: “It is the responsibility of the driver to act in a caring, sharing and thoughtful manner.”

While stressing that tackling pavement parking would be a “very worthy activity to undertake” Superintendent Keasey admitted that a chronic shortage of police officers meant it wasn’t a crime that would be tackled. “It would be very hard for the police to take on additional responsibility at the moment when you look at the volume of work that we do,” he said. “When you look at how we disrupt criminality and tackle the criminal element, and you add that workload on, it would be hard to see how we could divert officers to [prevent pavement parking].”

It may be troubling for a senior police officer to admit to pick-n-mix policing but it’s not hard to see why this choice has been made: pavement parking is not deemed to be a crime by most motorists. In fact, pavement parking is socially acceptable. Parking with two-wheels-on-the-footway is seen as a courtesy to other motorists i.e. not blocking the highway. However, the footway is also part of the highway (defined as building to building, not “the road”). 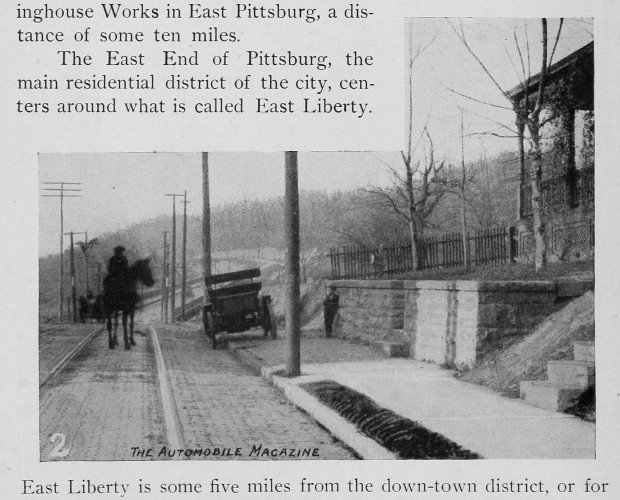 Motorists have been footway-parking since at least 1902. [Automobile magazine]

Simon Hoare MP is trying to change the perception of pavement parking. His Pavement Parking (Protection of Vulnerable Pedestrians) Bill 2015-16, is due to be debated in the House of Commons on 4th December. It’ll be talked out as have many previous attempts to rationalise Britain’s pavement driving/parking laws.

With neither police nor traffic wardens much fussed about large items of private property causing obstructions on the public highway most enforcement of pavement parking, if any, is carried out by local authorities. They have control over decriminalised civil parking enforcement under Part 6 of the Traffic Management Act 2004.

With local authorities being squeezed by national government there’s little cash to pay for enforcement officers.

CARRIAGE
Let’s go back to 1835. The offence back then was “driving” on the footway, mostly driving – i.e. herding – animals on the footway. While all other parts of the 1835 Highway Act have been either amended or repealed, clause 72 remains in force. It’s a juicy one:

The key phrase is “carriage of any description”. This is a cover-all that is still in force. Motor cars were classed as carriages in the 1903 Motor Car Act; bicycles were so classified in 1888. The operators of bicycles and cars have the same road rights, that is, being able to pass and repass over the public highway. Stopping for any length of time is a grey area, with a mishmash of laws, and parking of a carriage is also caught up in a swirl of conflicting legislation.

Wilkinson’s Road Traffic Offences, the standard online textbook, explains about the driving and cycling carry throughs from the 1835 Act, but it’s silent on pavement parking:

Under the Highways Act 1835, s.72, it is an offence wilfully to ride or drive on the footway, even though the driving may last only for a few seconds (McArthur v Jack 1950 S.C.(J.) 29). The offence will apply to pedal and motor cyclists. 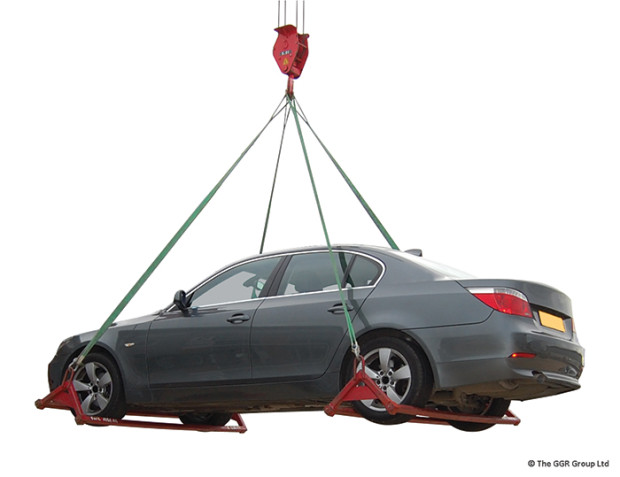 A police officer may have “reasonable grounds” to believe that a pavement-parked motorist had driven on the footway but it would be up to the courts to decide whether a driver was telling the truth should he or she claim the car was placed on the sidewalk with the use of a crane. However, unlike for a speeding offence a police officer has no power, in relation to driving on the footway, to insist that the keeper of a vehicle tells of who was driving at any particular time. This particular quirk of the law could be remedied by politicians in an instant, but MPs – despite many promises – have over the years repeatedly failed to give the police this simple expedient.

Now, back to that crane. If there was one knocking around the police officer should use it to lift cars off the pavement, ship them off to the pound and charge motorists for the process. Then perhaps pavements could be freed of private property obstructing the public highway.

4 thoughts on “Driving on pavements is illegal but parking on them isn’t, confirms Britain’s top traffic cop”