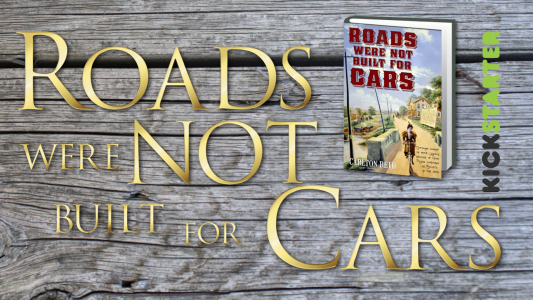 Motorists should thank cyclists, argues book which was quick to exceed Kickstarter target. The rest, as they say, is history…

‘Roads Were Not Built For Cars’ book aims to raise both cash and awareness on Kickstarter.com.

On March 21st, editor and campaigner Carlton Reid placed his roads history book on the crowd-funding website Kickstarter.com. Within 20 hours the funding target he had set had been met and now stands at £5004, more than £1000 ahead of target. The book was also chosen as a ‘Kickstarter Staff Pick’.

Within three minutes of the campaign going online there were nine backers. The first pledger was US lawyer Jim Moss of Recreation Law in Colorado.

“I was stunned by the immediate interest,” said Reid. “It makes all the hard work worthwhile and I hope the early interest continues so I can get this book out into the world.”

Reid added: “Cyclists were written out of highway history in the 1920s and 1930s by the all-powerful motor lobby.” He said his book “tells the full story, putting cyclists centre stage again.”

Reid is the executive editor of BikeBiz.com and founded the iPayRoadTax campaign.

“It was while researching the beginnings of the 1920s ‘road fund’ that I discovered a number of arch-motorists who had been members of cycling organisations,” said Reid.

“This piqued my interest and I kept on digging.”

Reid’s Roadswerenotbuiltforcars.com has published articles on the dandy-horse era right through to the Dutch-style cycle infrastructure of Stevenage in the 1970s. This last article is the site’s most popular and shows that ‘build it and they will come’ may not work in the UK without curbing car use.

A text-only PDF of ‘Roads Were Not Built For Cars’ will be available for free via the book’s website but not until the winter. The print and interactive books will be available in August. The Kickstarter campaign is taking pre-orders for paperbacks, full-colour hardbacks and interactive iPad and Kindle books. Reid said promising to bring the book out in August was the “kick up the backside” he needed to “stop rifling through yet more archives.”

The book won’t just appeal to cyclists as it also contains a great deal of automotive history because many automobile pioneers were cyclists before becoming motorists. A surprising number of the first car manufacturers were also cyclists, including Henry Ford.

The book will also contain profiles of highway governance pioneers such as Horatio Earle of the US and William Rees Jeffreys of the UK. They are best known today as arch-motorists but they both learned their craft as officials in bicycle advocacy organisations in the 1890s. They pushed for better road surfaces long before they became motorists. Both went on to become very influential proponents of motoring but neither forgot the critical role played by cyclists.

Cycle campaigners lobbied for better roads 25 years before motorists did the same. The CTC, and the forerunner to British Cycling, founded the Roads Improvement Association in 1885. In America the Good Roads was founded by the League of American Wheelmen in the same period.

As well as providing practical road building information to localities, cyclists were also highly effective political lobbyists. The CTC had peers and MPs looking out for its interests in parliament; in the 1896 US Presidential election campaign, the League of American Wheelmen was the only organisation to have its own room in the campaign HQ of the Republican party.

As well as offering books, Reid is offering Kickstarters invites to three book launches, two indoors in bike-friendly venues, and a mobile launch party, a bike ride from Woking to the 1890s “Mecca of all cyclists”, Ripley. The ride will be led by Reid and will stop off at historic locations en route such as the Anchor Inn in Ripley (epicentre of English cycling in the 1880s and 1890s).

“I’m aiming to ride in period costume and on an 1890s bicycle but won’t be forcing anybody else to do likewise,” said Reid.

“Mind you, it would look great wouldn’t it? A rolling recreation of part of the 25 mile ride from London that was world-famous in the 1890s.” 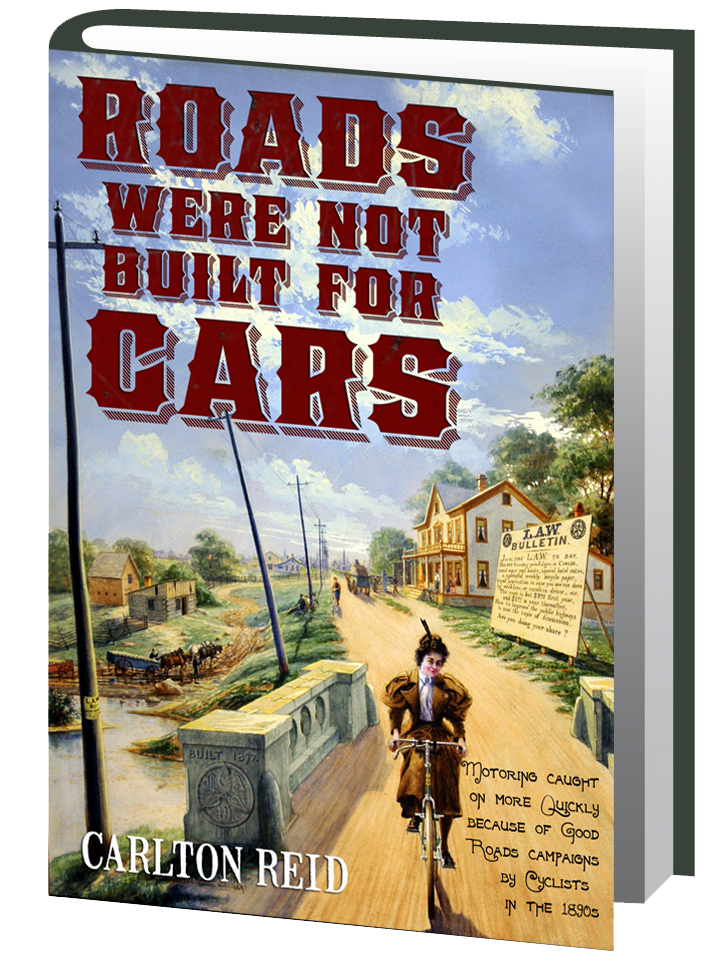 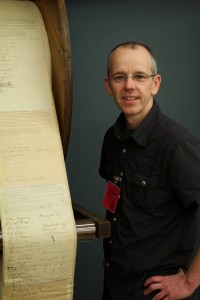 Carlton Reid in the US National Archives, Washington DC 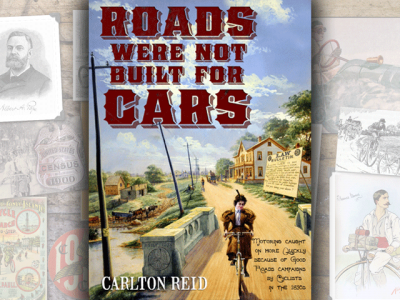 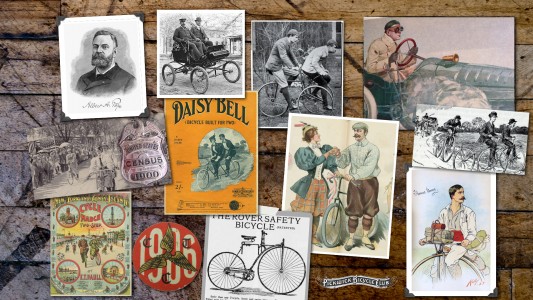 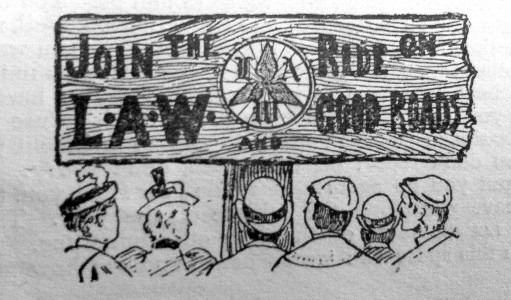 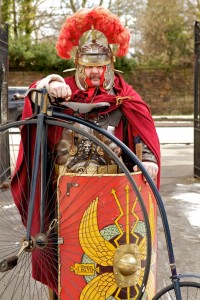