As well as being pioneers in roads, ball bearings, cars, and aeroplanes – see ‘What have the cyclists ever done for us?’ – cyclists were also responsible for the first published study in the field of social psychology. This was in 1898 – during the Bicycle Boom – and was an observation of Norman Triplett, a psychologist at Indiana University.

He described the social facilitation effect. He had noticed that cyclists tend to have faster times when riding in the presence of a counterpart as opposed to riding alone. He put this down to the “bodily presence of another contestant participating simultaneously in the race serves to liberate latent energy not ordinarily available.”

What he failed to describe was the propensity of a lone cyclist to fib about his achievements, as demonstrated by this “crack” cyclist: 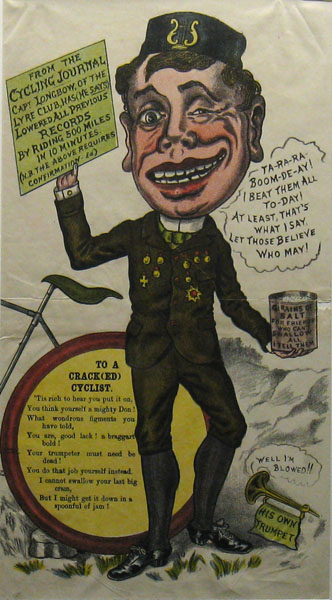