Rights of way in England are a layer upon layer accretion of the comings and goings of people, and animals, over the space of hundreds, in some cases thousands, of years. They describe a rich history of communication, of movement. They remain important. Diversion, or deletion, of rights of way never go unnoticed. Many historic rights of way are now capped with asphalt and marked with thermoplastic road paint. That doesn’t make them any less special. Road surfaces come and go; the way remains. A right of way doesn’t require castles, towers or churches to be historic: alignment is all.

This is readily apparent from a rights of way decision made in a little publicised public inquiry held in Yorkshire earlier this year. An inspector from the Planning Inspectorate decided that a particular highway alignment was, indeed, historic. A route alignment may not have the solidity of worked stone or the beauty of an illuminated manuscript but can be historic nevertheless. This bridleway battle was won because of a medieval battle, the bloodiest in British history. The battle of Towton is almost unknown today but the way used by a routed medieval army will now not be diverted to make a lawn, free of pesky walkers and cyclists. The alignment of this right of way has now been recorded as providing a “physical link to the past.”

The right of way in question is an uncapped part of the Old London Road at Stutton, a hamlet 10 miles south-west of York. Close by is the village of Towton. Between the two is a battlefield site from the War of the Roses. This battle took place on a bitterly cold Palm Sunday in 1461. Wind-blown snow blinded archers from the House of Lancaster allowing archers from the House of York to send the arrows back to their owners. After ten hours of slaughter from both sides, the House of York won the day, leaving 28,000 Englishmen dead, a greater number of dead than those killed in the Battle of Britain, Dunkirk and the Normandy landings combined. At no other point in history have more Englishmen died in one day, not even during the battle of the Somme, when 19,000 died. One percent of the English population died in the rising fields of Towton: even if the death toll was an exaggeration by the victor, the impact on English society would have been immense.

The local babbling stream – like all rivers at battlefield sites – frothed red with blood. In Shakespeare’s Henry VI Part 3, the Lancastrian king wishes himself among the dead of Towton, “For what is in this world but grief and woe?”

The crushed Lancastrians (they were also chopped, hacked, bludgeoned, trampled, sliced and spiked) fled by way of the Great North Road, along what is today a bridleway. The old road was bypassed by a new one in the 18th Century, but the Old London Road remained in use. Today, it’s a traffic-free route between hamlets, designated as a bridleway. Close to Stutton – and three houses, one of which is Sugar Hill Farm – the Old London Road has a tarmac surface but soon peters out to a dirt track. In 2008, the owners of two of these houses started the process to divert this bridleway in order to extend their lawns. North Yorkshire County Council had no objections to this diversion but a number of locals did. Sixteen objections were eventually lodged and the decision whether to divert the bridleway was left to inspector Alan Beckett, who held a small scale public inquiry in February this year.

He concluded that that the diversion would, indeed, be very much to the advantage of the landowners, giving them an “enhanced feeling of security” (and nicer lawns). He didn’t envisage any loss of amenity or enjoyment to members of public wishing to transit the area – in fact, a well-engineered diversion might actually be safer and provide a better surface than the existing right of way – but he decided, on balance, that the historic nature of the way trumped all other considerations. 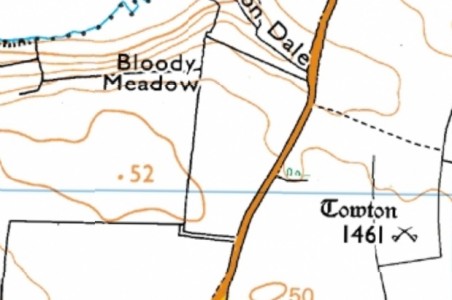 Inspector Beckett noted that the objectors argued that the “enjoyment of the route as a whole would be diminished by the proposed diversion as it would disrupt the integrity of a route which was acknowledged to have been in existence since at least the mediaeval period and is likely to have been in existence in Anglo-Saxon times. For the objectors, the ability to walk the same route as earlier generations was part and parcel of the enjoyment to be derived from a journey along the bridleway.”

The objectors had produced in evidence a number of studies identifying Old London Road as one of the routes used by Lancastrian forces fleeing the carnage of the Battle of Towton (they also pointed out its proximity to the Anglo-Saxon meeting place on Wingate Hill where the ‘Riding Court’ had met).

The council and the diversion applicants countered that “there was no feature of historic interest on that part of the route at issue”; and furthermore that part of the route had been ‘improved’ and surfaced “such that the character of the bridleway was significantly different from what previous generations had experienced.” 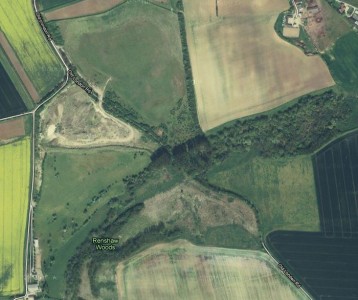 He noted, too, that Old London Road “runs on the same alignment today as it (in all probability) did when the routed Lancastrians made their escape from Towton. That the route has retained its integrity (despite being made up in parts to accommodate modern vehicular traffic) through successive centuries is a matter that should be given some weight in the assessment of the impact the diversion would have on public enjoyment of the route as a whole.”

“I have dealt with a number of cases where objectors to a proposed diversion have submitted that the route should not be diverted because it has historic significance. In almost all those cases, such an assertion is not supported by any evidence. In my view, the arguments against the diversion of the public access over that part of Old London Road near Sugar Hill Farm on grounds of diminished enjoyment provide an exception to that rule. The route at issue has an identifiable connection with a significant event in English history and is likely to have been a means of access to the pre-Conquest meeting place of Anglo-Saxon administration. I have no difficulty in recognising that the residents of Stutton with Hazlewood have an appreciation and understanding of their local history and the events which happened almost 600 years ago. For them, and for those with an interest in mediaeval history, the Old London Road provides a physical link to the past and the events which occurred in the immediate locality.”

The diversion order was refused.

With thanks to the Byways and Bridleways Trust.