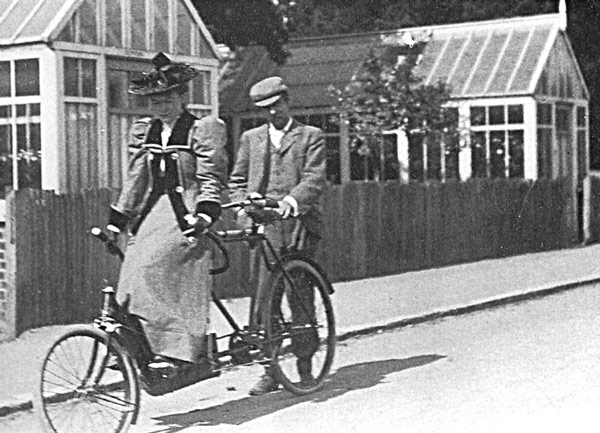 Novelist H.G. Wells was a cyclist before the peak of the bicycle craze in 1896 and continued to ride until at least 1901 when he and his second wife went on a cycling tour of the southern counties. In letters to family and friends, H.G. Wells drew cartoons, which he dubbed “picshuas”. The “picshua” below is of Bits and Bins on their Humber tandem. Bits and Bins are the names H.G. Wells and his second wife used between each other: Amy Catherine Robbins was Bits.

H.G. Wells about to kick-off the Mr and Mrs tandem, a ‘lady-front’ model from Humber

The “picshua” below was sent in an 1895 letter to A. Morley Davies, a classmate of Wells from his days at South Kensington College. 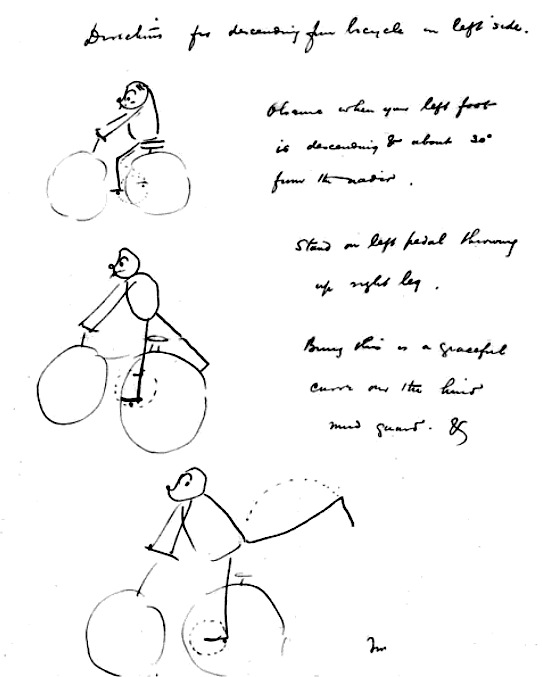 “Observe when your left foot is descending & about 30° from the nadir. Stand on left pedal throwing up right leg. Bring this in a graceful curve over the hind mud guard & leap lightly to the ground…The treadle moves against your weight & assists the leap. Then smile. Thus…The method for the right side is right for left the same.”

Source: The Picshuas of H.G. Wells: A Burlesque Diary