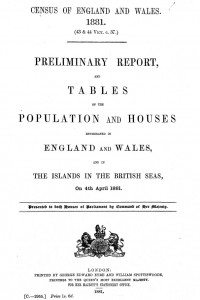 These are three of the job descriptions given by respondents to the Census of the Population of England and Wales on 4th April 1881. When an overview of the census was published two years later the authors of the General Report wrote that one hundred obscure jobs were definitely odd, admitting that “in all probability an ordinary educated man would know at most but one or two of them, and often would not know a single one.”

Now, a ponty sticker was an “artizan” in glass and a wheel glutter helped make railway train wheels but a Ransacker was unlikely to be a thief, although it was perfectly fine for a great many men to describe themselves as “retired poachers.” (It was also fine to be a ‘Retired Opium Smuggler’).

Of the 100 jobs picked out by the General Report, my favourites are: 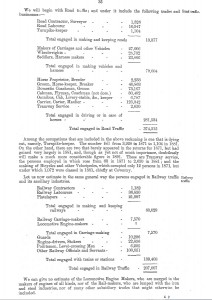 But what exactly do all these jobs have to do with cycling or the history of roads? The 1881 census made a point of mentioning the up and coming occupation of ‘Bicycle or tricycle, maker, dealer’, and the rapidly disappearing job of turnpike-keeper (by 1881 only 184 turnpike trusts remained; the last ones had been set up in 1835-6, by which time stagecoaches were well on the way to being supplanted by the railways; the last tollgate, on the London to Holyhead road, on Anglesey, was lowered for the last time in 1895).

“Among the occupations that are included in the above reckoning is one that is dying out, namely, Turnpike-keeper. The number fell from 3,928 in 1871 to 1,104 in 1881, On the other hand, there are two that barely appeared in the returns for 1871, but had gained very largely in 1881, and, though as yet not of much importance, doubtlessly will make a much more considerable figure in 1891. These are Tramway service, the persons employed in which rose from 63 in 1871 to 2,650 in 1881; and the making of Bicycles and other Velocipedes, which occupied only 12 persons in 1871, but under which 1,072 were classed in 1881, chiefly at Coventry.” 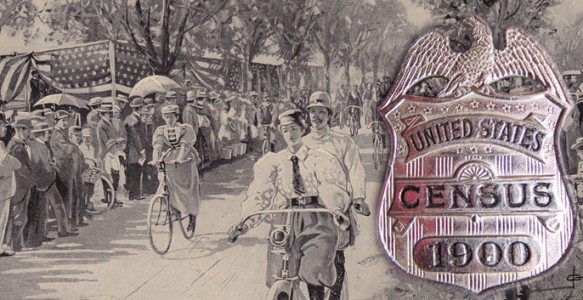 The 1891 Census of England and Wales mentioned the increasing popularity of cycling: “there is one division of makers of vehicles that, from its rapid growth requires special mention, namely, the bicycle and tricycle makers and dealers. In 1881 only 1,072 persons returned themselves as so employed; but in 1891, the number rose to 11,524; of whom 4,059 were enumerated in Coventry, and 2,575 in Birmingham or Aston Manor.”

And, across in the US, the census of 1900 heaped praise on the bicycle.

The twelfth census of the United States was taken on June 1st, 1900, and the published version was a mammoth tome. A full 16 pages of this tub-thumper of a publication were devoted to bicycles and bicycling; just five pages were devoted to the emerging automobile industry and even then cycling got a mention because, according to the census, “bicycle factories figure largely in the industry.”

The sixteen page special section even quoted a British toff:

“It is safe to say that few articles ever used by man have created so great a revolution in social conditions as the bicycle…Lord Charles Beresford once said, “Whoever invented the bicycle deserves the thanks of humanity,” and no expression was more fit. The bicycle has been the means of bringing out for exercise in the open air millions of persons, men and women, young and old, who otherwise would have confined themselves to homes, stores and offices…The very wide use of the bicycle led to the formation of the League of American Wheelmen, with memberships, at one time, of more than 100,000; and this organization started the agitation for better roads, which led, in many states, to great improvements in public highways.”