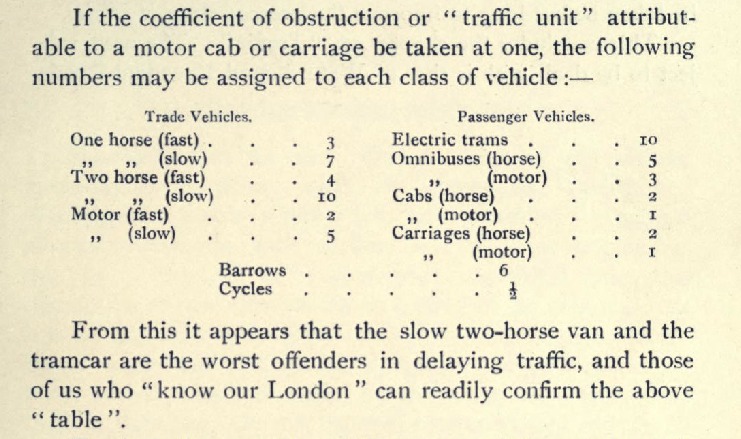 From Modern Roads, of 1919, by Henry Percy Boulnois, city surveyor of Exeter and Liverpool, and later a member of the Government’s Road Board in 1909. In the 1920s, Boulnois was chairman of the council of the Roads Improvement Association. This was the first ever organised body to push for the improvement of roads. The highly influential RIA had been founded by cycling organisations, the Cyclists’ Touring Club and the National Cyclists’ Union.

4 thoughts on “Which road users cause congestion? (Clue: it’s not cyclists, not in 1919 and not now)”