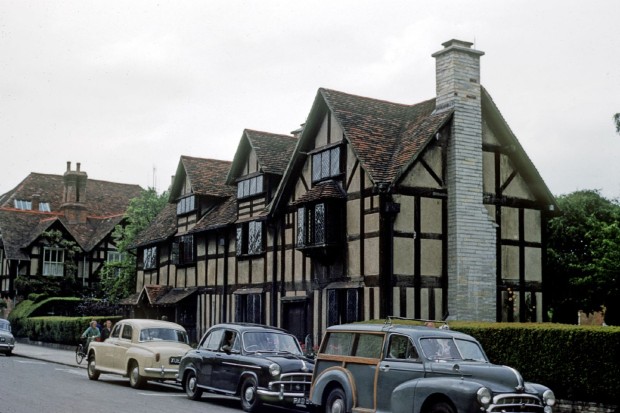 Henley Street in Stratford upon Avon has been fully pedestrianised since 1997. The council got rid of cars because Henley Street – once one of Stratford’s first and most major thoroughfares – is the town’s honeypot, location of the building where William Shakespeare was born and lived until he moved to London as an adult. Up until the 1990s visitors to Shakespeare’s birthplace could park their cars right outside. (Tourist coaches could do the same.) For historical and aesthetic reasons, this wasn’t ideal but what was put in its place separated the building from why it was located there in the first place – and that was being on a busy road. Henley Street is now traffic-free, and far more attractive for pedestrians, but a great deal of historical context has been lost in the process.

This is not to say pedestrianising Henley Street was a bad idea. In fact, it was a great idea, and for the 400th anniversary of Shakespeare’s death next year a whole load more of the town ought to be pedestrianised. Many of the roads adjoining Henley Street are choked with motor traffic because they are broad and straight (broad and straight because they were created for weekly markets) and would benefit from being put on “road diets”. 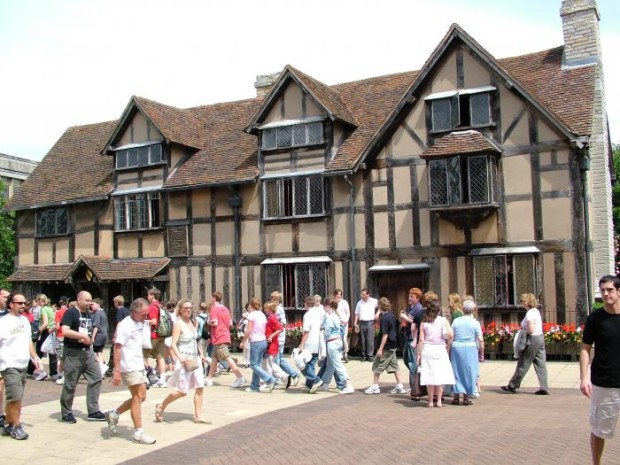 But pedestrianisation has to be done carefully because when it’s done to extremes – as on Henley Street – it risks changing the character of a street to its detriment. Roads Were Not Built For Cars waxes lyrical about how most roads were originally built by and for pedestrians, and how they were created to be conduits for passage, carriage, commerce and play. By limiting their function today, by sanitising them, we’re often guilty of the Disneyfication of streets, a problem explored by sociologist Sharon Zukin in her 1996 book, The Cultures of Cities.

Because it has been shorn of its function as a building fronting a busy street Shakespeare’s birthplace now resembles a Harry Potter film stage. 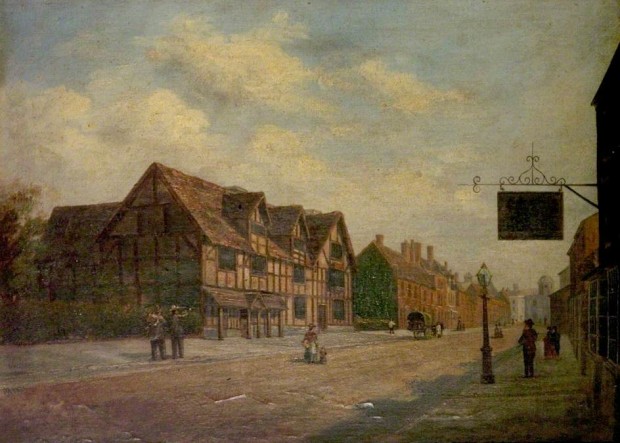 In the medieval period Henley Street would have been dominated by pedestrians but there would have also been hand-carts and a few horse- or oxen-drawn carriages, too. It’s good for pedestrians to dominate today but not to be the sole users of Henley Street. Getting rid of the kerbs, even if they are largely an innovation introduced in the 18th century, was probably a mistake. Kerbs don’t just demarcate and separate they channel; water mainly.

The patterned paving, while pretty, adds to the feeling that Henley Street is a theme park, a shopping mall without a roof.

There has to be a happy medium. For sure streets need to be designed for people before motors – and I’m very much in favour of keeping cars away from city centres – but a great many British pedestrianisation schemes are too anodyne, with life largely designed out. I’m not advocating for cars to be brought back into Henley Street – or any other historic British streets – but it would be better if it and they looked like, well, streets.

I recognise this isn’t always easy, and even today’s clutter – such as trees in plant pots and seating – had their equivalents in days gone by, such as water troughs and middle-of-the-street urinals.

And, as Rosalind Readhead says, there’s often little need to change the road surface, the key change is to remove the cars. 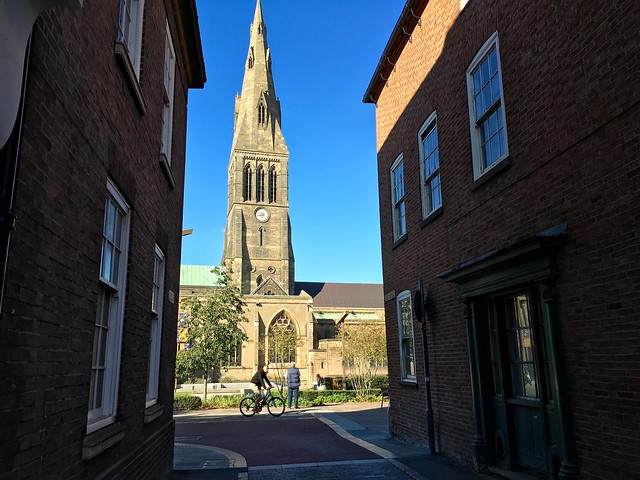 A city which is having to face up to such challenges is Leicester which was once up there with other English medieval cities, such as York, Durham or Lincoln. Leicester has a great many Grade 1 listed buildings and, with the Jewry Wall, one of the tallest still-standing Roman structures in Britain. But in the 1960s Leicester’s history was smothered in tarmac and blocked off with concrete in order to placate King Car. Leicester became unremarkable, an East Midlands city far from the tourist trail. 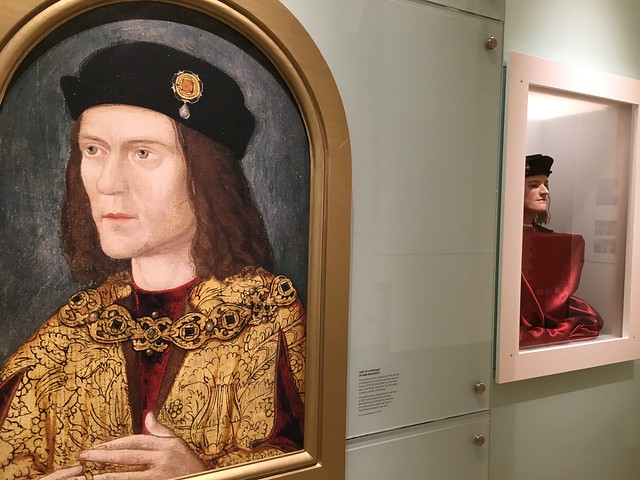 All of this changed three years ago when a real king was dug up from beneath a council car park. Leicester is now using King Richard III – a favourite of Shakespeare, of course – to push for cycleways and more pedestrianisation in the city centre, trimming some of the space previously devoted to motor cars. There’s a new Richard-themed walking route linking many of Leicester’s medieval buildings, some of which had been obscured by multi-lane highways since the motor-myopic 1960s but, thanks to highway removal schemes, are now accessible again.

Pleasingly, some of the city’s latest pedestrian-priority routes look a little more medieval, unlike some of the blanket pedestrian zones created in the 1960s.

I’ve got a piece on Leicester in the Cities section of The Guardian – it may be published next week. The last time I was in Stratford upon Avon I put my pizzle on the line.