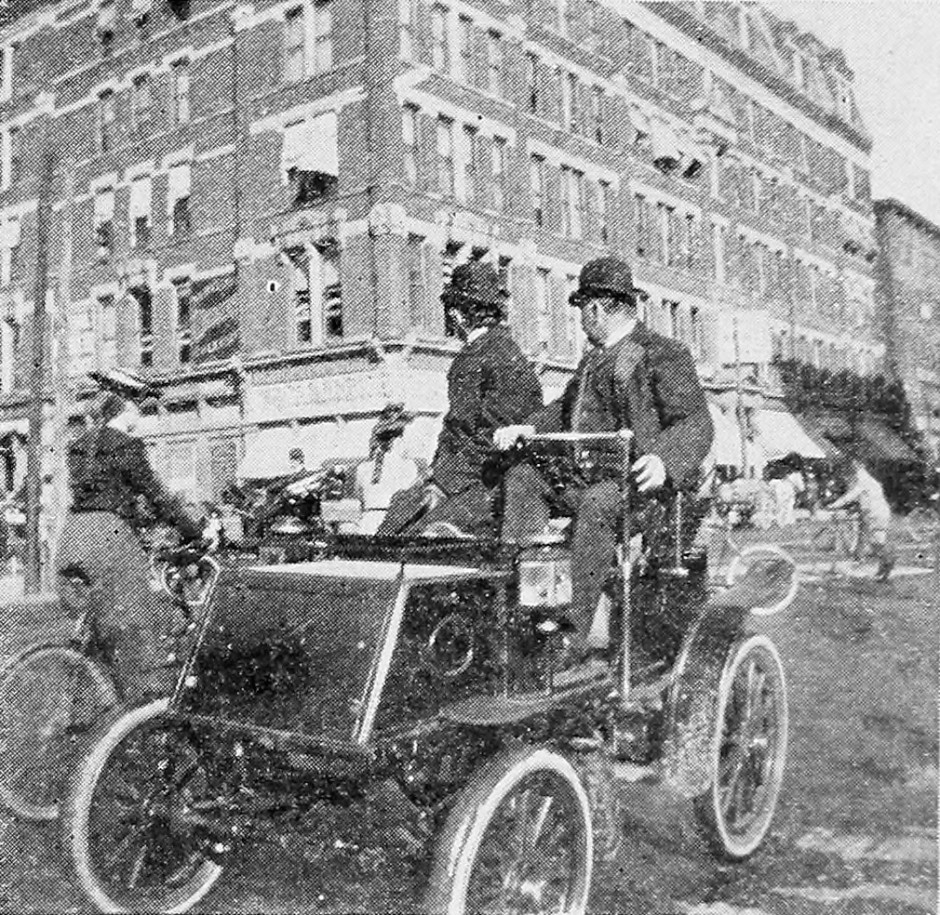 What are these (American) chaps being distracted by? Bicycle belles?