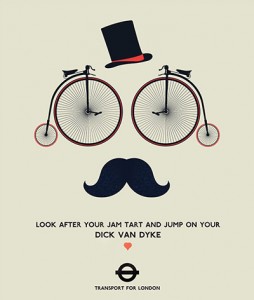 When high-wheel bicycles are seen at fêtes, or on telly, or on posters for TfL competitions, it’s ten to a penny (farthing) that the gents riding them will be prim, proper and of relatively advanced age. Top hat. Waistcoat. Long jacket and cravat. Waxed mustache. Respectable. Slow. Staid.

This Victoriana visual is a cliché, but largely wrong. High-wheelers were not slow, they were among the fastest things on the bad roads of the day (not something that endeared them to rural folk, unused to through traffic and suspicious of strangers, speedy or otherwise).

Direct drive bicycles of c.1877 through to the early 1890s had developed bigger and bigger front wheels not for comfort on these bad roads but to make the bicycle go faster. This was before the development of bicycle chains, and chain wheels and cog sizes of different sizes. 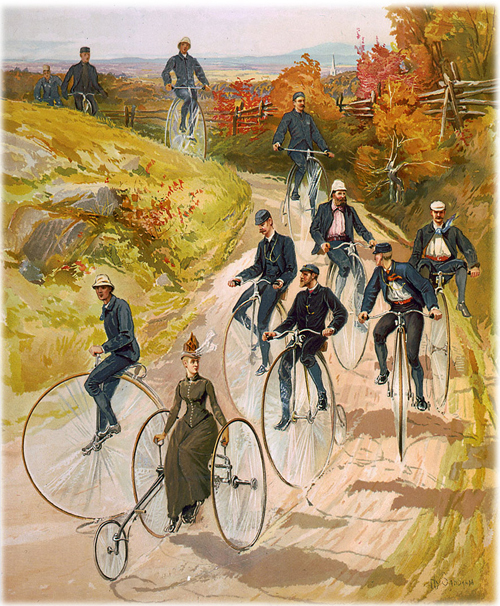 High-wheelers were hard to ride, dangerous, expensive, technologically advanced, and fast. They appealed to wealthy young men with time on their hands and who craved the speed and excitement of such machines. A high-wheeler was the red Ferrari of the age.

When same wheel-size, newfangled Safeties came along, from 1885, high-wheel bicycles became known as Ordinaries as they were the ordinary, standard bicycles of the time. 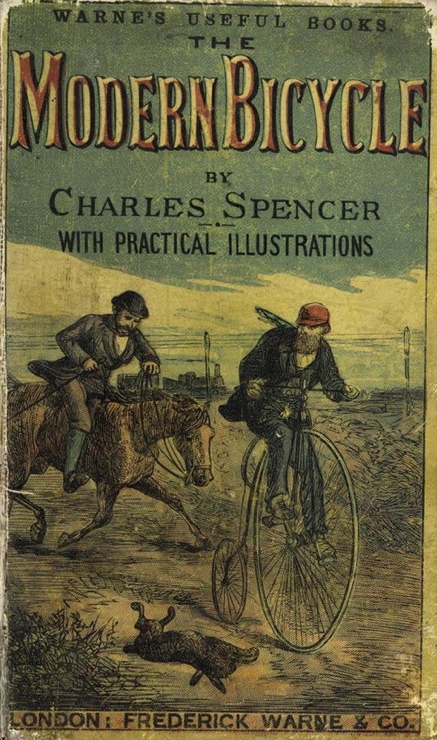