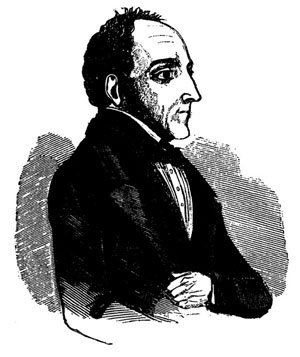 The first cycle paths in the UK were installed (badly) in the 1930s. However, the idea for such dedicated ways – segregated and swept, even – was first proposed in 1821. Given that what we would recognise as a bicycle wasn’t developed until the 1860s, such a proposal seems rather prescient. The proposal was made by Lewis Gompertz, an industrious inventor (thank him for the drill chuck bit), who also happened to be vegetarian and Jewish. His radical vegetarianism led him to campaign against the mistreatment of the animals that were at the heart Victorian street transport: horses.

Gompertz was one of the co-founder’s of the Society for the Prevention of Cruelty to Animals, which later had the Royal added to the front, creating the RSPCA. He preferred walking to riding in a horse-pulled carriage and was therefore much taken with the German machine that meant ‘fast foot’ in Latin. The velocipede running machine – or hobbyhorse, a bicycle without cranks or pedals – was introduced to the world by Baron von Drais. He had created his contraption in 1817 as a horse-substitute because, it is now believed, the price of oats, and everything else, had soared after the planet was plunged into darkness after the volcanic eruption of Indonesia’s Mt. Tambora in 1815. 1816 was known as the Year Without a Summer. Horses starved because of lack of fodder. Later chronicles talk of “pferdesterben”, horse agony. American historian John D. Frost described the Year Without a Summer as “the last big subsistence crisis of mankind”.

Velocipede riding became all the rage, including in Regency London, where Gompertz lived. However, it was a short-lived mania, and once Regency dandies had tired of it by 1820, velocipede riding was all but extinguished as a form of transport. Undeterred by its precipitous fall from grace, Gombertz wished to revive the velocipede. He came up with some ingenious modifications to the original velocipede, including a hand-crank attached to the front wheel, rowed for forward propulsion. This illustration of the Gompertz ‘addition’ is from Polytechnisches Journal, which translated Gompertz’ article but has added materials to the original illustration.

The addition failed to catch on. For Gompertz, the lack of interest in the two-wheel singletrack vehicle wasn’t due to poor vehicle design but to the surface upon which the vehicle was forced to run. Hobbyhorses, with their wooden wheels, were more usually urban runabouts, not long-distance machines. They were more suited to the smooth block-covered footways in towns rather than the small stone macadamised roads of the countryside. (In 1818, Britain had 114,379 miles of highways, of which 19,275 miles were turnpike roads, many of which were well-surfaced and carried ‘fast’ stagecoach traffic: 10mph was fast).

Not that velocipedes were welcome on footways. “All cyclists ride on the pavement” has been a hate epithet since bicycling’s very beginnings. Milan banned hobby horses from the sidewalk in 1818 (“The Milan ordinance says that riding at night is forbidden or the velocipede will be confiscated. Presumably this was preceded by another unknown ordinance restricting use, so riders evaded to the night,” said Professor Hans-Erhard Lessing); London and New York did the same in 1819.

According to Gompertz, writing in 1821, it was…

“chiefly owing to [velocipedes] having been prohibited the use of the footpaths, which, if necessary in some places, should have been accompanied with an Act allowing them three or four feet of the width of the roads for their sole use, and for that to be kept in good repair; this they deserve, and persons while using them would not be exposed to danger where there are many carriages and horses, nor be obliged to wade through mud…”

Gompertz, ahead of his time, added “and it is only by this being adopted that mankind would reap the advantage from machines for this purpose, of being converted from one of the slowest animals in the creation, to one of great continued speed from his own salubrious exertions…”

NOTES
Thanks to Professor Dr Hans-Erhard Lessing for alerting me to Gompertz’ views on separated velocipede infrastructure, and to Les Bowerman for supplying a copy of ‘Addition to the Velocipede’ in the Register of Arts, Manufacture and Agriculture, 2nd series, no. CCXXIX, June 1821.