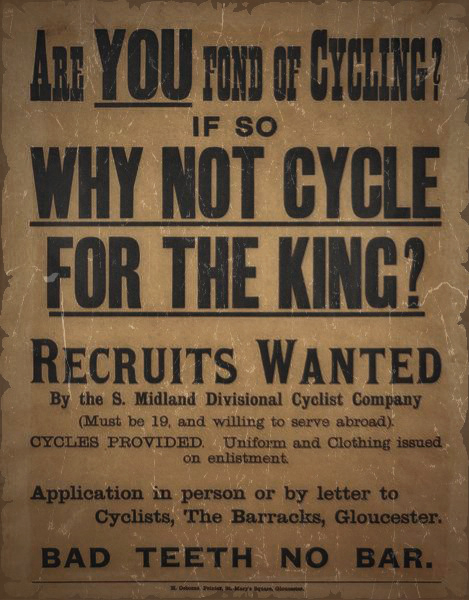 “Without doubt the most important feature in this year’s [Stanley] exhibition is the number of machines fitted up for war purposes. Since the successful use of cyclists in the Easter manoeuvres last year a great impetus has been given to the trade, and already one firm – Messrs. Singer and Co. of Coventry – have received a substantial order from the Government for machines for Aldershot, where Tommy Atkins is to try his hand at the most modern means of locomotion. The machines ordered by the Government consist of multicycles and rear-driving safety bicycles.”
The Engineer, February 1888

The Stanley Exhibition of Cycles was an annual bicycle show, held at various venues in London from about 1876.

History of the 25th County of London Cyclist Battalion.