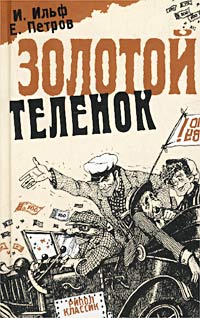 You have to love pedestrians. Pedestrians make up the greater part of mankind. Not only that, the finer part. Pedestrians created the world. It was they who built towns, raised skyscrapers, installed drainage and plumbing, paved the streets and lit them with electric lights. It was they who spread culture all over the world, invented painting, thought up gunpowder, flung bridges across rivers, deciphered Egyptian hieroglyphics, introduced the safety razor, abolished slavery, and discovered that a hundred and fourteen tasty, wholesome dishes could be made from beans.

And then, when everything was ready, when our planet had acquired a comparatively well-planned appearance, the motorists appeared.

It should be noted that the motor car was also invented by pedestrians. But for some reason the motorists soon forgot about that. They began to run over the meek and mild, clever pedestrians. They took over the streets the pedestrians had created. The roads were doubled in width and the pavements were narrowed down to the size of a tobacco pouch. The pedestrians began to huddle against the walls of buildings in fear.

The ordinary automobile — designed by pedestrians for the transportation of goods and people — has taken on the terrifying outlines of a fratricidal missile.

From The Little Golden Calf
Il’f and Petrov, 1931

These are the opening four paragraphs in a comic novel by Russian humorists Ilya Il’f and Evgenij Petrov (think Three Men in a Boat but set in post-revolutionary Soviet Russia).

The Little Golden Calf was the follow-up to the classic Russian farce The Twelve Chairs. Ilya Il’f (1897-1937) and Yevgeny Petrov (1903-1942) later wrote American Road Trip: The 1935 Travelogue of Two Soviet Writers, an ascerbic account of an automobile journey across American