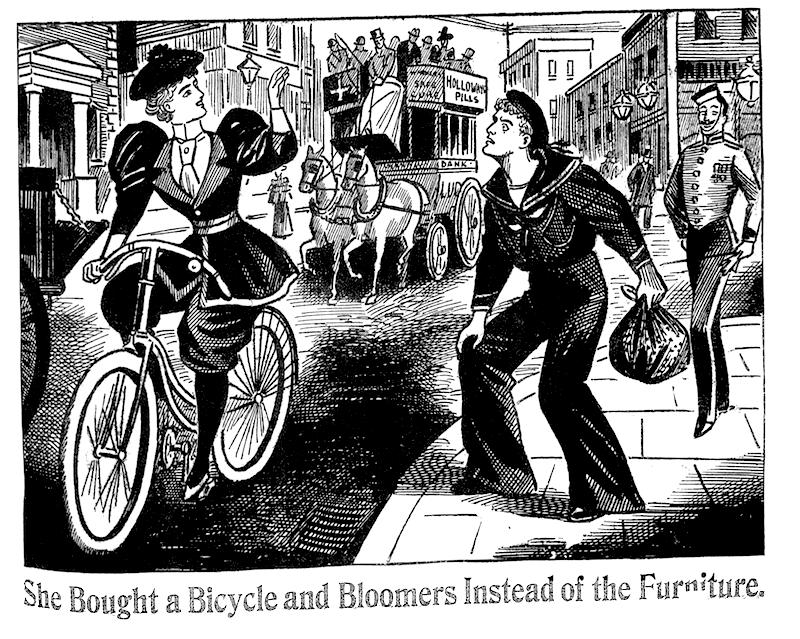 How dare she! The scamp. This graphic is from the Illustrated Police News, as are the other two below. There will be more in the book. All three are from the 1890s. 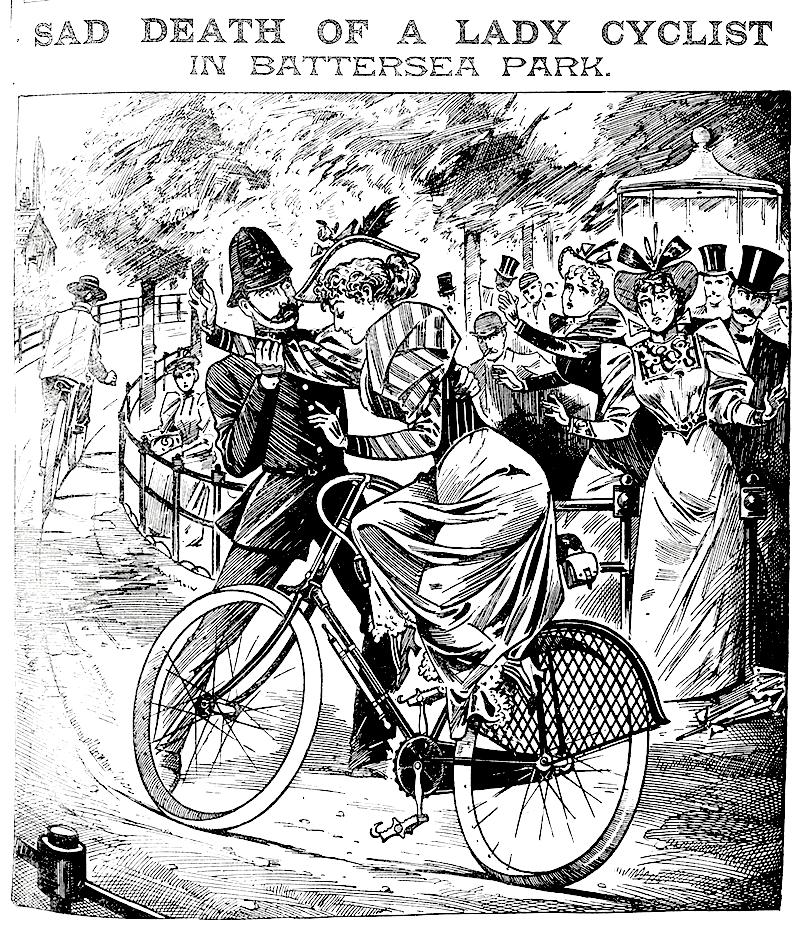 Battersea park in London was a favourite haunt of the High Society types attracted to cycling in the ‘bicycling boom’ of the mid-1890s. The newspaper gives no details of how this cyclist died. Can’t have been the tight corset as plenty of women cyclists wore them (one still does). However, I do like the level of detail on the illustration, especially the tiny little toe-clips. 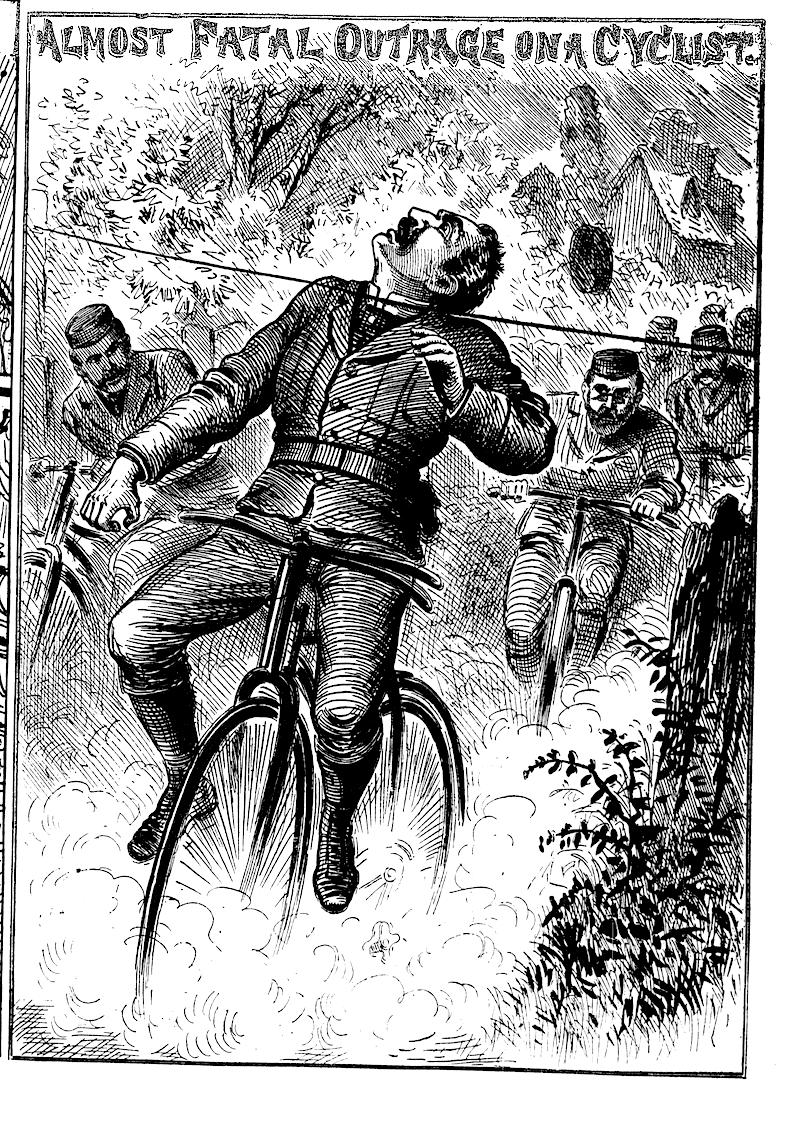 Attempted garrotting of cyclists is still something seen today and this illustration shows it’s nothing new. And as it was an “almost fatal outrage” perhaps the chap was saved by his starched collar?