I often stress that I’d love to see Dutch-style infrastructure in the UK but because I usually add that infrastructure alone will not bring about mass cycling in the UK I’m often taken to task by fellow cycle advocates, on Twitter and elsewhere. Here’s a typical response (from last night but there have been many previous similar ones): ” … whenever you profess support for infrastructure change, it is typically qualified and diluted to within an inch of its life. Comes over hollow. I suspect I’m not entirely alone in arriving at this conclusion.” I responded with this short summary of my position: 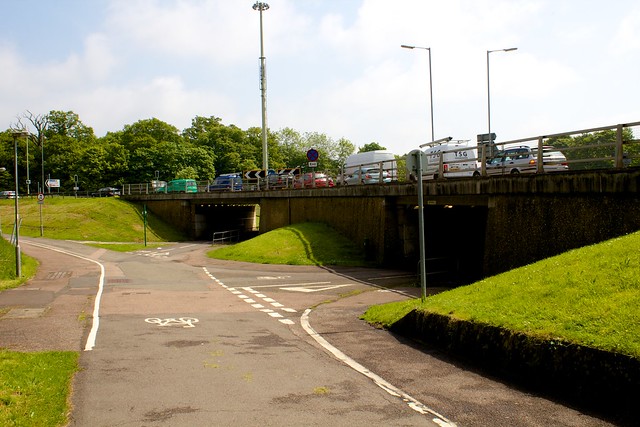 From now on that’s my boilerplate reply and I’ll pin it on Twitter. Too short? Of course it is. Life is full of caveats, compromises and questions. Where are the right places? What’s the definition of well-built cycle infrastructure? Which campaign groups? How the f•ck you gonna restrict car use? Why should a majority form of transport (cars) cede space to a minority one? Which politicians – ever eager to “end the war on the motorist” – will be brave enough to even to start tampering with car culture?

I’ve been a bicycle journalist since 1985 and in that time I’ve written lots of articles which feature these questions. Usually these articles are on former blogs of mine or in the bicycle media but I’ve also written about cycle infrastructure in belly-of-the-beast places such as motoring mags and websites. Here’s what I wrote on motoring.co.uk earlier this year:

Dutch motorists have direct, well-surfaced, fast roads all to themselves, and cyclists are provided with similar. The two transport modes have extensive, separate networks: everybody’s safe, everybody’s happy. The provision of a dense, high-quality network of cycle paths across Britain would be good for cyclists and motorists, and much safer for pedestrians. Getting more people on bikes will lead to more room on the roads for motorists, help with the environment and create more road harmony, too.

Do I really want more room on the roads for motorists? Sort of. I want more room because I want measures put in place to reduce the frequency of motor vehicle journeys. (I know, crazy, huh?) And it’s this pie-in-the-sky desire that often gets me into trouble with some cycle advocates. To paraphrase some of them, there’s no need to restrict car use, just create lots of cycle infrastructure and people will gravitate towards it, glad to be out of their cars and on to a convenient and safe transport network. Sounds lovely and, for sure, some reluctant motorists would turn to bicycles, but car use is so deeply embedded in the UK it will take a lot more than bike paths to prise enough people out of their all-weather, secure, status-symbols on wheels to make the investment in infrastructure pay its way.

The New Town of Stevenage is an outlier in many respects but it’s also an example of how, in Britain, generous provision for cyclists doesn’t necessarily lead to mass cycle use if, that is, the provision for motorists is equally as generous.

This position is controversial with some advocates – for whom the word “Stevenage” is now a red rag to a bull – but there’s relatively good international consensus, among specialist academics, that mass cycle use is not something that will come from mono-solutions; real life is messier than that.

“ … separate facilities are only part of the solution. Dutch, Danish and German cities reinforce the safety, convenience and attractiveness of excellent cycling rights of way with extensive bike parking, integration with public transport, comprehensive traffic education and training of both cyclists and motorists, and a wide range of promotional events intended to generate enthusiasm and wide public support for cycling … The key to the success of cycling policies in the Netherlands, Denmark and Germany is the coordinated implementation of [a] multi-faceted, mutually reinforcing set of policies. Not only do these countries implement far more of the pro-bike measures, but they greatly reinforce their overall impact with highly restrictive policies that make car use less convenient as well as more expensive.”

One thought on “My boilerplate on cycling infrastructure”