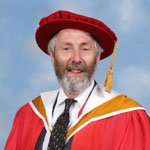 Judge Simon Tonking of Stafford Crown Court has today written to The Times urging for cyclists to be banned from riding on many A-roads.

Sounds sensible, doesn’t it? What kind of crazy bicycle riders want to ride on quasi-motorways? (Er, apart from time trialists)? But the great majority of A-roads are traditional through routes, often with few alternatives for non-motorised users. Banning cyclists from A-roads – the great majority of which are historic highways not originally built for cars – in some areas would be tantamount to banning all non-urban cycling.

Clearly, most cyclists would prefer to ride on roads not at all clogged with fast-moving motorists but this is not always possible. In densely populated parts of the country there’s a dense network of roads and – usually – many alternative routes for cyclists to use. But in many areas the A-road network has to be used by cyclists, even if just partially. And many towns and villages have A-roads running through them, often with mentally fast speed limits.

Judge Tonking says his ban idea is for the “safety of cyclists” but his track record isn’t a stellar one where cyclists are concerned. In April a motorist who killed a cyclist on an A-road was spared jail by Judge Tonking.

The judge’s letter in today’s Times offers a “remedy” to such deaths: “take [cyclists] away from some of our more dangerous trunk roads where traffic is both heavy and fast moving.”

“As one who has the painful duty of sitting on cases involving the death of or serious injury to cyclists caused in road traffic accidents, several (but not all) of which have been accepted or found to have been caused by dangerous or careless driving of motor vehicles, I have seen the devastating consequences of such accidents.

“One immediate remedy, suggested in the light of hearing much evidence about such cases, is to remove all cyclists from any dual-carriageway which is not subject to a speed limit of 30, or possibly 40, mph. This would not prevent cyclists from using dual-carriageways in urban areas but would take them away from some of our more dangerous trunk roads where traffic is both heavy and fast moving. Any cyclist, particularly a lone cyclist who is not wearing high-visibility clothing, is at huge risk on such roads from vehicles approaching from behind at a (legal) closing speed of up to 60 mph. At such a closing speed a relatively small and very vulnerable “object” is coming into view at the rate of 60ft per second and in a moment’s inattention irreparable damage is done.

“Lest it be said that cyclists have a right to use such roads and it is up to other road users to be vigilant, the fact is that no cyclist, or even motorcyclist with a machine of small capacity, is permitted to use any motorway. As a matter of logic and realism the same should apply to dual carriageways where the speed limit is not significantly restricted.”

This last paragraph is quite the shocker, especially given Judge Tonking’s ‘form’ on such matters. In April, he deliberated on the case involving the death of Patrick Kenny, a 72-year old record breaking cyclist.

Mr Kenny was killed by Andrew Mylrea, a Rolls-Royce aero-engine Associate Fellow, who was driving “about 60mph” as Kenny cycled along the A38 slip road near Burton upon Trent. [Note: slip road].

Mylrea, driving a BMW, was convicted of causing death by careless driving at Stafford Crown Court and banned for driving for a year. Mylrea could have been locked up for five years but Judge Tonking decided not to jail him, saying: “This is not a case for a custodial sentence. This was a complete aberration. Your carelessness was failing to see Mr Kenny and his bicycle.”

Judge Tonking’s request for cyclists to be banned from A-roads is odd because cyclists can already be so banned. Many stretches of quasi-motorway have such bans in place, via bog-standard traffic regulation orders. And, of course, the very fact many A-roads are choked with cars is reason enough for most cyclists to avoid them, a de facto ‘ban’.

While many A-roads have been widened and signed to suit the needs of fast moving motorised traffic, they were not originally built for this purpose. Most of Britain’s A-roads were built as turnpikes for stagecoach traffic. With the coming of the railways, these ‘national’ roads fell into disuse and were first revived by cyclists in the 1870s, as has been pointed out numerous times on this blog-of-the-book.

Many trunk road dual carriageways were also originally turnpikes – many are also Roman in origin – although look and feel like motorways, the highways built specifically for motorised use. Given that many A-roads – and even many trunk roads – are sometimes the only A to B access between places, calling for blanket bans is a very serious matter, especially when it comes from a figure such as a judge. [Perhaps if Judge Tonking had experience of such roads from the cyclist’s perspective he might come to a different conclusion? We need more beaks on bikes…]

Naturally, such bans are sometimes raised in parliament. Last year Uttoxeter MP Andrew Griffiths wanted to discuss such a ban with local cycling clubs following the death of a cyclist. The lorry driver who killed the cyclist had been sending and receiving text messages on his mobile phone in the minutes leading up the collision.

Perhaps MPs and judges who ask for cyclists to be banned from A-roads ought to demonstrate how cyclists can still transit the area in question, without huge diversions? If there is no latticework of alternative, quieter routes shouldn’t such calls for bans go hand in hand with infrastructure provision? By all means seek a safe solution for all but this ought to include good, usable routes for non-motorised road users. If there’s no room, cash or inclination for such provision, banning such road users would be unfair in the extreme. 16 thoughts on “Beak wants bike ban on many A-roads”