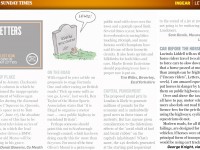 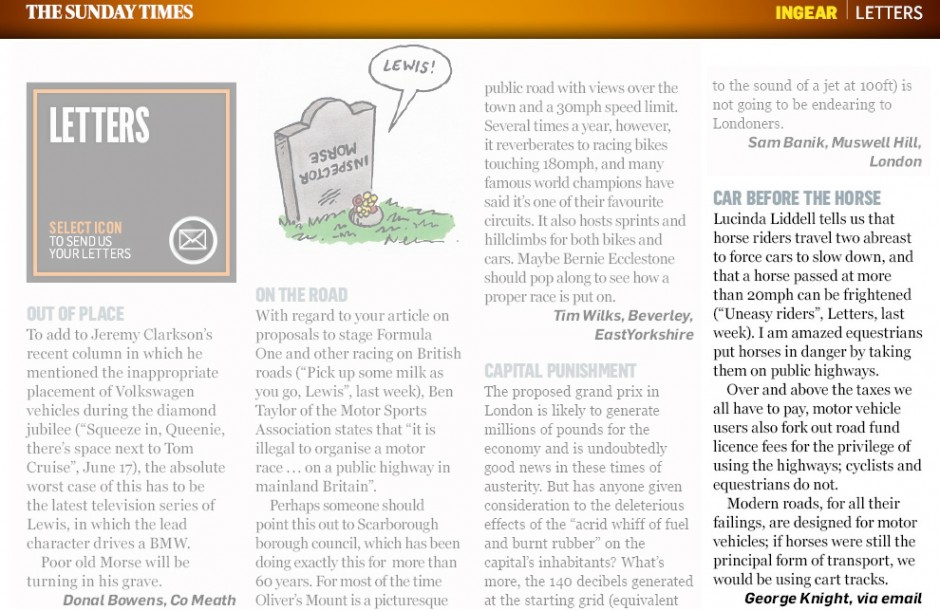 In three short paragraphs this hitherto unknown Sunday Times reader displays arrogance, ignorance, and historical inaccuracy. But George Knight’s views are mainstream beliefs. Many, if not most, motorists have a similar outlook on what should be on the roads, who pays for them, and who created them.

By suggesting that horses shouldn’t be on roads, he starts with classic victim-blaming, suggesting that equestrians are at fault for any injuries, rather then stating that, first and foremost, drivers have a duty of care to propel their vehicles at a speed slow enough to cope with all eventualities.

Knight then rolls out the classic ‘road tax’ argument, even adding in the corker about the ‘road fund licence fee’. Both ‘road tax’ and the ‘road fund’ were abolished in 1937. Motorists don’t pay for roads. Nor do equestrians or cyclists or pedestrians. Everybody pays for roads. Roads in the UK are funded out of general and local taxation.

87 percent of Britain’s roads are minor roads. The overwhelming majority of our roads were in use long before the motorcar came along.

Motorcars came into existence late in the 19th Century but motorists didn’t form the first 19th Century organisation clamouring for better roads. The Roads Improvement Association was created by cyclists. And it was created in 1885, forty years before cars went mainstream.

Cars are the johnny-come-latelies of highway history.

2 thoughts on “Knight believes the roads are for motorists alone”