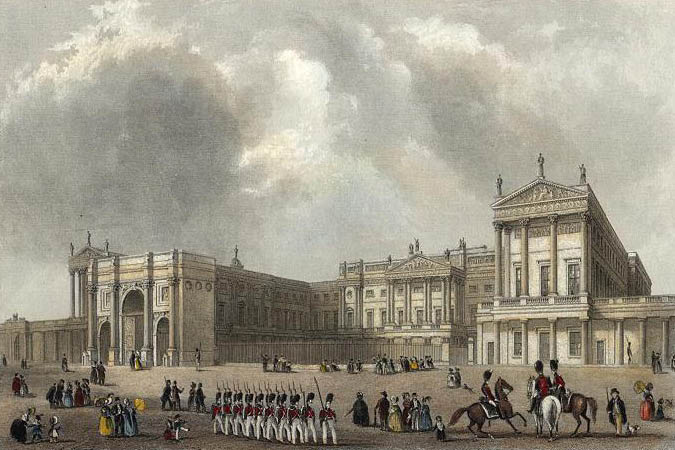 Cities are living, breathing, evolving entities. British ones are rammed with cars right now. As I wrote on the Guardian Bike Blog yesterday, this isn’t necessarily how it will be in the future.

Cities can be reshaped. And not just the roads. Massive been-there-for-ever monumental buildings can be moved, too. Take Marble Arch. It hasn’t always been stuck between the bus-clogged Oxford Street and the car-clogged Bayswater Road. It was once a grand entrance to Buckingham Palace. It was dismantled in 1850 and rebuilt in its present location in 1851. It could be so moved again and relocation plans are mooted from time to time. 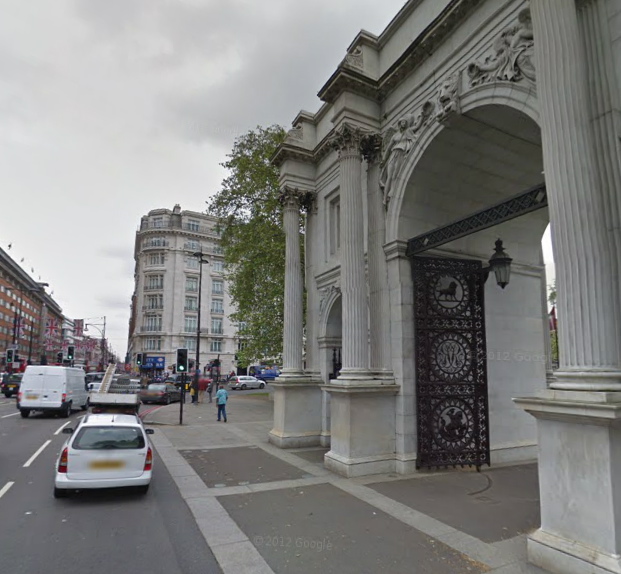 When politicians and planners say cities have to accommodate cars as some sort of divine right and it will always be this way, they’re wrong.

Cars can be designed out of the picture. Will constricting cars throttle the economy? Hardly. In London, motorists are in the minority yet take up an inordinate amount of space. Covent Garden – thankfully – offers poor access to cars yet is thriving economically. In 1993, in an article about roads for The Geographical, author Oliver Tickell wrote: “If access by road is the key to economic prosperity then Birmingham should be the wealthiest city in Britain. It is not.”

But don’t expect any radical steps any time soon. Local authorities are being cash-raped by central Governent and transport is an easy department to decimate.

Decimate is a Roman punishment: executing one in ten soldiers for a dereliction of duty. Local authorities are being stripped of experienced heads and it’s worse than one in ten.

Realistically, we can’t expect any meaningful cash for radical transport measures until after 2015 (London is different). That doesn’t mean we can’t pile on the pressure for making our cities nicer places to live. And that means less access for cars. (And, HGVs, of course).

In rural areas, cars also need to be reined back by lowering speeds but this looks set to be an even more difficult task than taming cars in cities.