Scoundrel Ernest Marples – the first CTC member to become minister of transport (he and his wife toured by bicycle) – officially opened the M1, Britain’s first city-to-city motorway, in November 1959. His ribbon-cutting speech was probably considered twee even at the time, and it was certainly ignored. He opined: “On this magnificent road the speed which can easily be reached is so great that senses may be numbed and judgement warped. The margin of error gets smaller as speed gets faster. New motoring techniques must be learnt. So here are my two suggested mottos: First: take it easy, motorist! And second: if in doubt, don’t!”

Don’t what? Speed? But that’s what the bally road was designed for.

And Marples knew it because it was his company that built many of Britain’s motorways and A roads. Conflict of interest much? 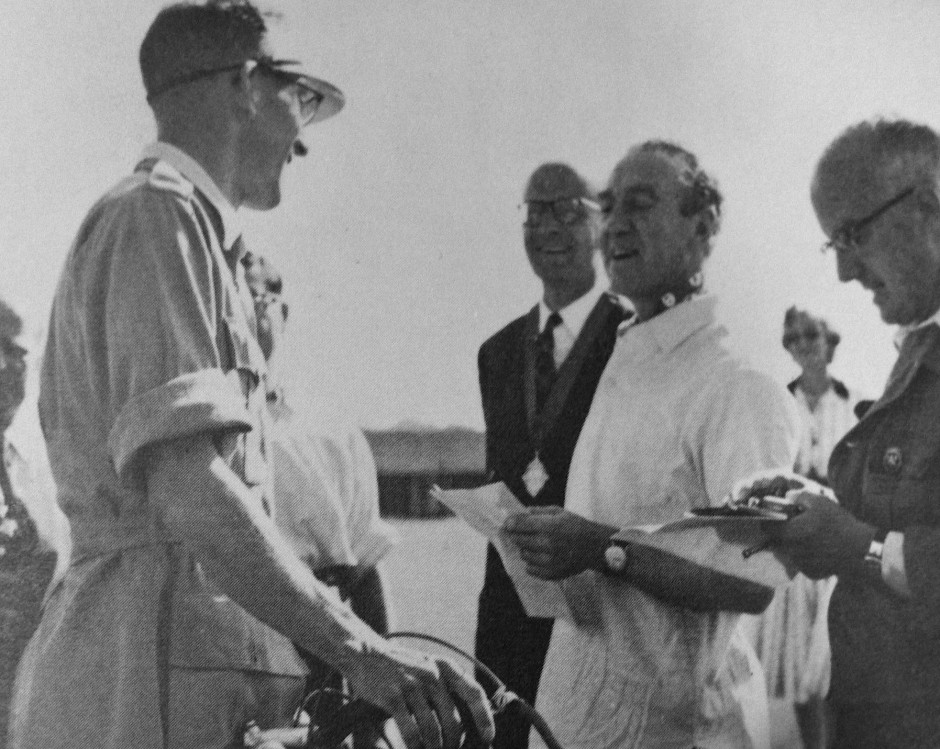 Marples, Ridgway and Partners was a Westminster-based civil engineering contractor founded, and majority-owned, by Marples, who was transport minister from 1959 to 1964. In 1975, Marples, who had by then been made a baron, fled the country in rather a hurry, not because of his hushed-up proclivity for prostitutes, his introduction of double yellow lines and traffic wardens, or the conflict of interest in building motorways at the same time as cutting Britain’s rail network (the infamous Beeching cuts were his work) but because of tax evasion. He killed off the railways and promoted, instead, the use of his motorways. As well as commissioning Beeching’s infamous report he also commissioned the Buchanan Report of 1963, one of the most influential – and damaging – reports ever printed. Civil engineer and planner Professor Colin Buchanan recommended that nothing be done at all to encourage urban cycling. Buchanan’s Traffic in Towns was used by town planners to bulldoze motorways through British cities.

Traffic in Towns wasn’t just influential in Britain. In the Netherlands – a country with a strong history of cycling, where national identity was tied up with cycling – the Buchanan report inspired town planners to reign back the car in residential streets. While in the UK Buchanan’s ideas were used to construct urban flyovers, in the Netherlands he inspired ‘residential yards’, the famous ‘woonerf’ of Niek De Boer, professor of urban planning at Delft University of Technology. Traffic engineers in the Netherlands tamed the car (and improved the bike path network); traffic engineers in the UK designed only for the car.

In car-centric Britain planners assumed that cycling was teetering on the edge of extinction, and by omission they would do all they could to hasten this demise.

Leeds, Birmingham, Newcastle and – to a lesser extent – London were brutalised by planners who cherrypicked from Traffic in Towns to build only for motorists. “There [should be] an allocation of movements to pedal cycles,” wrote Professor Buchanan, projecting 47 years in the future, “but it must be admitted that it is a moot point how many cyclists there will be in 2010.”

For Buchanan, providing infrastructure for cyclists was unthinkable: “ … cyclists should not be admitted to primary networks, for obvious reasons of safety and the free flow of vehicular traffic. It would make the design of these roads far too complicated to build ‘cycle tracks’ into them … It would be very expensive, and probably impracticable, to build a completely separate system of tracks for cyclists.”

While Traffic in Towns predicted the end of transport cycling the cycle touring Ernest Marples – who had done so much to encourage motoring and therefore knew what it takes to boost a transport mode – said in 1968: “There is a great future for the bicycle if you make the conditions right. If you make them wrong there isn’t any future.”