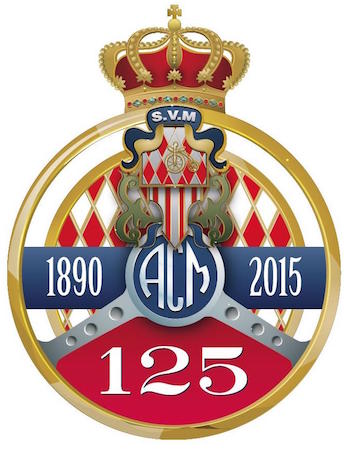 This weekend sees the annual staging of the Monaco grand Prix, one of motor-racing’s blue riband events. This is organised by the Automobile Club de Monaco. Before it was an automobile club it was a bicycle club, one of many motoring organisations which sprang from the world of cycling.

After Vatican City, Monaco is the smallest country in the world and is nestled on the French Riviera, close to Nice. Since its Monte Carlo casino opened in 1863 it has been a magnet for high-society and well-to-do ne’er do wells. Novelist W. Somerset Maugham said it was “a sunny place for shady people.” It has been independent on-and-off for more than 800 years, a fortress home for the Grimaldi Royal family. Since 1911’s staging of the first Monte Carlo rally the principality has been closely associated with motorsport, with the Automobile Club de Monaco organising some of the world’s most important motor races, including the Monaco Grand Prix, first staged in 1929. But take a look at today’s logo of the Automobile Club de Monaco – as well as a steering wheel and the fusily argent and gules, i.e., the Grimaldi family’s trademark red and white diamond pattern, there’s a bicycle. 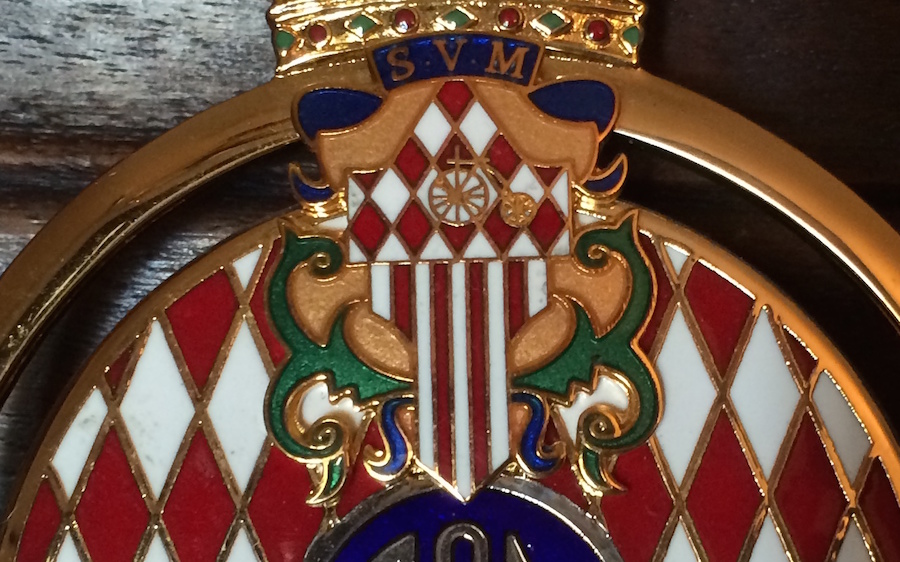 The Automobile Club de Monaco was founded in August 1890 as the Sport Velocipédique de la Principauté – the principality’s bicycling club. It was a social and athletic club for Monaco’s leading citizens, including friends of the royal family. At the request of the government the new club dropped the Principauté part of the name and became Sport Vélocipédique Monégasque, or S.V.M. His Serene Highness H.S.H. Prince Albert 1st of Monaco became honorary president of the club on September 27th, 1905.

When its rich members took to the new sport of motoring the S.V.M. morphed into a motoring and cycling club (Prince Albert was a motorist, not a cyclist). In 1907 the S.V.M. added “automobile” to its name becoming the S.A.V.M., or Sport Automobile et Vélocipédique Monégasque. (The modern club logo features the initials S.V.M., not S.A.V.M.)

Club president Alexandre Noghès, a wealthy friend of the royal family and in charge of the principality’s tobacco trade, created the glamorous Monte Carlo car rally in 1911. Fittingly, the first event was won by a former racing cyclist, Henri Rougier.

The Monaco Grand Prix was founded by Alexandre’s son, Anthony. It was staged in 1929 by the Automobile Club de Monaco, which had dropped the cycling part of its name in 1925. Anthony Noghès was “an accomplished sportsman, including boxing, rowing … and cycling,” remembered his son, Gilles, a one-time UN Ambassador for Monaco. “As a young man he lived in Bath … and took part in bicycle racing there.” One of the corners on the grand prix circuit is named for this former bicycle racer.

This is far from motorsport’s only connection to cycling – most of the world’s first motor-car racers were former cyclists and a great many race-car brands were founded by cyclists. In fact, as I relate in Roads Were Not Built For Cars and on my speaking tour, at least 67 motor-car brands have very strong connections to cycling. Cyclists were not only the first to push for Good Roads, they also created motoring, a fact Photoshopped out of history, but resurrected in my book.

Thanks to reader Denis Caraire for use of the photograph.