In the spring of 1913 St. John Skinner came back from Africa, after spending nine or ten years somewhere near the Zambesi. He travelled up to Waterloo by the electric train, and the three very stout men who were in the same first-class compartment seemed to look at him with surprise. On arriving at his hotel he pushed his way through a crowd of fat persons in the hall. Then he changed his clothes, and went round to his Club to dine. The dining-room was filled with members of extraordinary obesity, all eating heartily. In the fat features of one of them he thought he recognised a once familiar face. 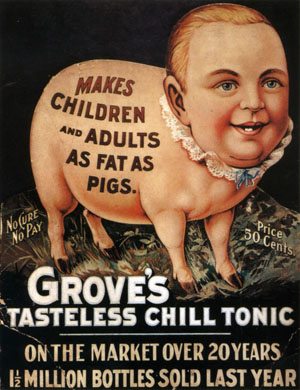 “Round,” said he, “how are you?” The stout man stopped eating, and gazed at him anxiously. “Why,” he murmured, after a while, in the soft voice that comes from folds of fat, “it must be Skinner. My dear fellow, what is the matter with you? Have you had a fever?”

“I’m all right,” answered the other “what makes you think I’ve been ill?”

“Ill, man,” said Round, “why you’ve wasted away to nothing. You’re a perfect skeleton.”

“If it’s a question of bulk,” remarked Skinner, “I’m much more surprised. You’ve grown so stout, every fellow in the Club seems so stout, everyone I’ve seen is as fat as you are.”

“Heavens,” exclaimed Round, “you don’t mean to say I’ve been putting on more flesh? I’m the lightweight of the Club. I only weigh sixteen stone. No, no, you’re chaffing, or you judge by your own figure.” 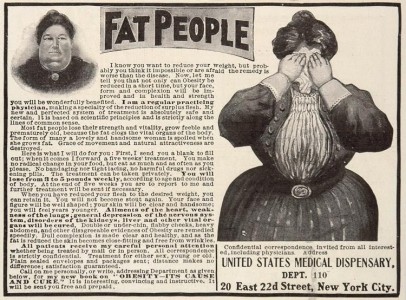 “Not a bit,” said the other; “perhaps you’re right. It’s very much what the doctors say. It’s the fashionable complaint, motorobesity. Sit down, and dine with me, and I’ll tell you what the idea is. You see, it’s like this. For ten years or so everybody who could afford a motor of some sort has had one. We’ve all had one. Not to have a motor has been simply ridiculous, if not disreputable. So everybody has ridden about all day in the fresh air, never had any exercise, and got an enormous appetite…

“I suppose everyone is really getting fat. One notices it when one does happen to see a thin fellow like you. Why, in all the Clubs they’ve had to have new arm-chairs, because the old ones were too narrow.”