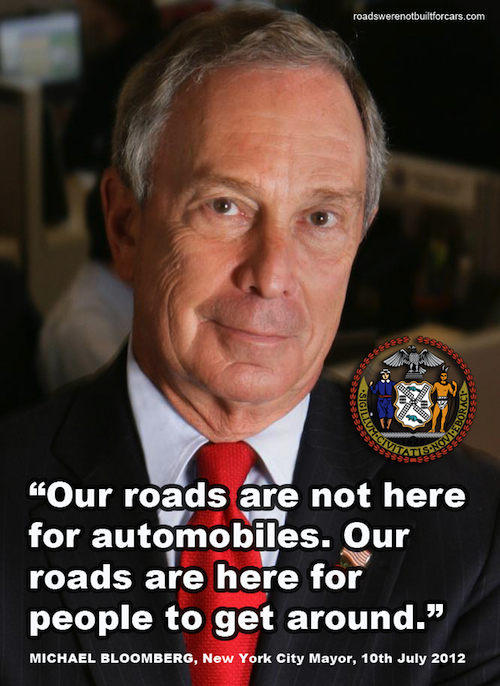 Michael Bloomberg, Mayor of New York City, yesterday cut the ribbon on a new 20mph ‘slow zone’, one of thirteen to be in place in the city by the end of next year.

New York City is still choked with cars and trucks but, bit by bit, NYC is becoming more people friendly. Bloomberg and his Transportation Commissioner Janette Sadik-Khan are willing to stand up to those who believe cars have more rights in cities than pedestrians, cyclists and other road users.

2 thoughts on “NYC mayor: “Our roads are not here for automobiles.””