Collaborative mapping resource OpenStreetMap was created in 2004 as the ‘wikipedia of maps’. Much of the early digital mapping was crowdsourced by geek-cyclists. OpenCycleMap, Cyclestreets, and smartphone apps such as the one I commissioned for BikeHub, are initiatives that prove cyclists have an obsessive interest in accurate mapping. The surface ‘layer’ in OpenStreetMap is largely irrelevant to motorists. Car satnavs don’t route away from cobbled streets, but bicycle ones do. As my book will amply demonstrate, cyclists have always been highly interested in road surfaces, and on maps. And cyclist crowdsourcing of map information has a long history. For instance, in 1898, Messrs Bartholomew of Edinburgh stole a march on its many competitors by partnering with the most powerful road interest of the day: the Cyclists’ Touring Club. In return for on-the-ground knowledge from CTC’s 60,500 members, CTC was provided with discounted maps. The crowd sourcing enabled Bartholomew’s to update its maps every couple of years unlike the slow-moving, state-owned Ordnance Survey which relied on the methodical method of surveys by its own staff. 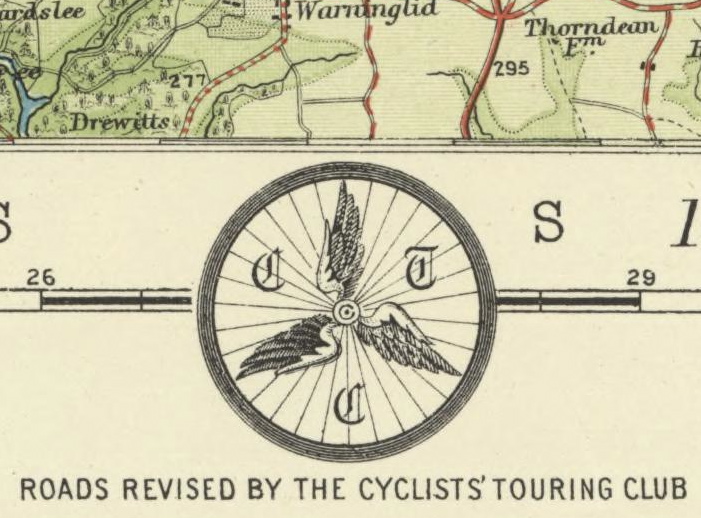 In 1898, John George Bartholomew, son of the founder of the map company (previous generations had been engravers as well as map-makers), wrote to the CTC’s secretary proposing that club members supplied the firm with up-to-date information. This was an astute move: cyclists were prolific, well-travelled tourists and, out of necessity, mad keen on maps.

The first of Bartholomew’s crowd-sourced maps was a “tourist and cyclist” map of the Lake District, published in 1903.

Bartholomew, with the help of cyclists, added detail to its maps, detail not on the stuffier Ordnance Survey maps. (The dearth of tourist-specific information on Ordnance Survey maps of the period isn’t terribly surprising, ordnance means weaponry and Ordnance Survey was state-owned because it produced maps for military purposes, not to guide day-trippers). Bartholomew also classified roads, using quaint and rather eye-of-the-beholder terms such as “indifferent.” It’s fascinating – and perhaps even a little upsetting – to track Bartholomew road descriptions between the Edwardian maps and those of the 1920s. 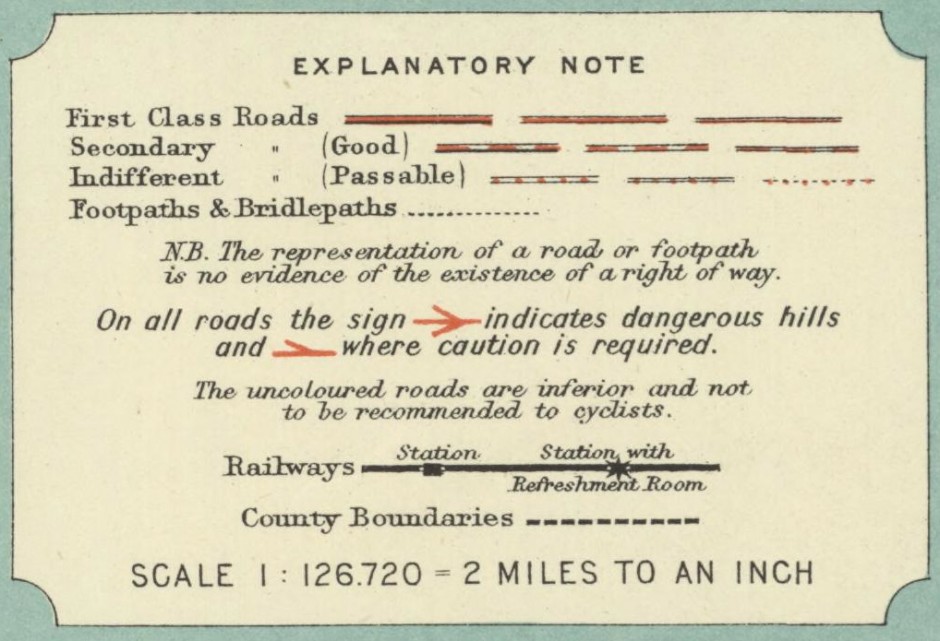 Major through routes – routes which had very often been brought back to life by cyclists – morphed into “motoring roads” even though none had yet been built as such. A handful of new “motoring roads” were built in the 1920s, some more in the 1930s but it wasn’t until the “motorway mania” of the 1960s before Britain really got roads that could be accurately called “motoring roads.” 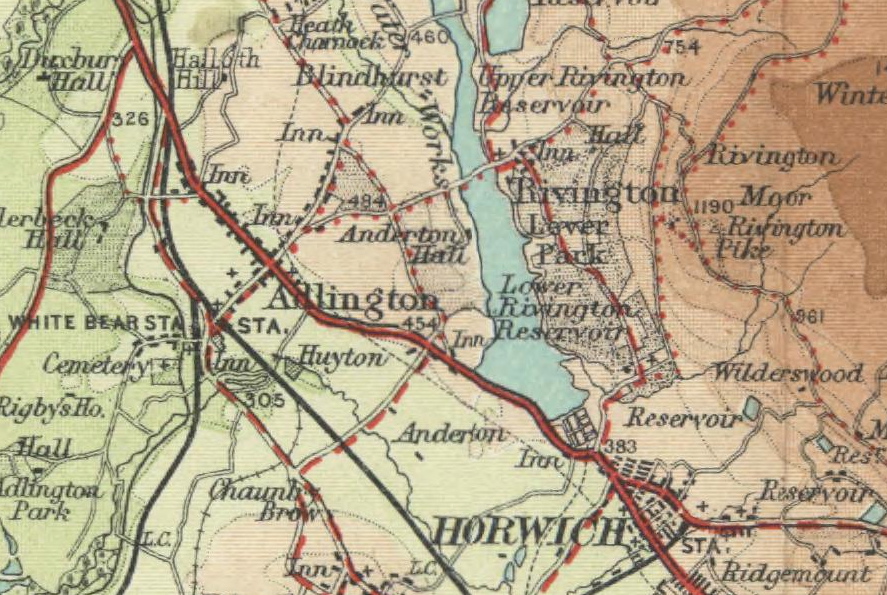 MAP RESOURCES
Take a hi-res digital ride around Edwardian England and Wales with the National Library of Scotland’s online collection of 1902-1906 Bartholomew’s “Half Inch to the Mile Maps”.

Want to see the half-inch series maps in the flesh, and next to John George Bartholomew’s correspondence with the CTC? Get yourself to Edinburgh for the Bartholomew exhibition, which runs at the National Library of Scotland until 7th May.

There will be a lot more map-themed information in Roads Were Not Built For Cars, the Kickstarter campaign for which is still taking pledges.