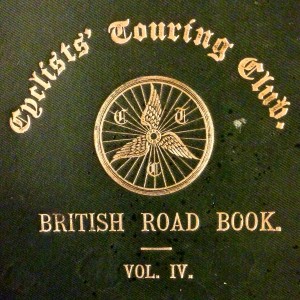 Arthur T. Poyser of the Cyclists’ Touring Club wrote a series of itinerary-style touring books for the organisation he worked for. The British Road Book, produced in 1897, came in five volumes, covering the whole of Great Britain. Scotland was covered in volume four and there’s an instructive passage on the route between Stirling and Perth.

Poyser wrote this was “a very good main road, well-made throughout, and possessing on the whole a capital surface…”

“There is a long descent through Auchterarder, becoming rather steep latterly, and requiring care owing to the children who make the road their playground…”

Cyclists – then and now – tend to be more cognisant of the risks of collision because in any impact, even in cases of impacting soft things such as small children, they are just as likely to injure themselves as cause harm to the soft thing they hit.

Compare and contrast this with the attitude of some motorists, then and now. Solid things are to be avoided at all costs but soft things pose little danger to the motorist.

This is illustrated by the infamous quote from Lieut-Colonel J.T.C. Moore-Brabazon, vice-chair of the Automobile Club and a motorist and a racing car driver from 1903 onwards. (In 1940 he was appointed Minister of Transport). His views, given to parliament in 1934, on how everything and everybody should get out of the way of cars, is chilling:

“It is true that 7000 people are killed in motor accidents, but it is not always going on like that. People are getting used to the new conditions… No doubt many of the old Members of the House will recollect the number of chickens we killed in the old days. We used to come back with the radiator stuffed with feathers. It was the same with dogs. Dogs get out of the way of motor cars nowadays and you never kill one. There is education even in the lower animals. These things will right themselves.”

And here’s a photo of a London driving school in 1905. The dog and chicken figures look to be on a movable track and were possibly more potentially damaging to the car than the real thing so very much to be avoided.

There will be much more about driver attitudes to other road users in the book, the Kickstarter campaign for which has another nine days to run.