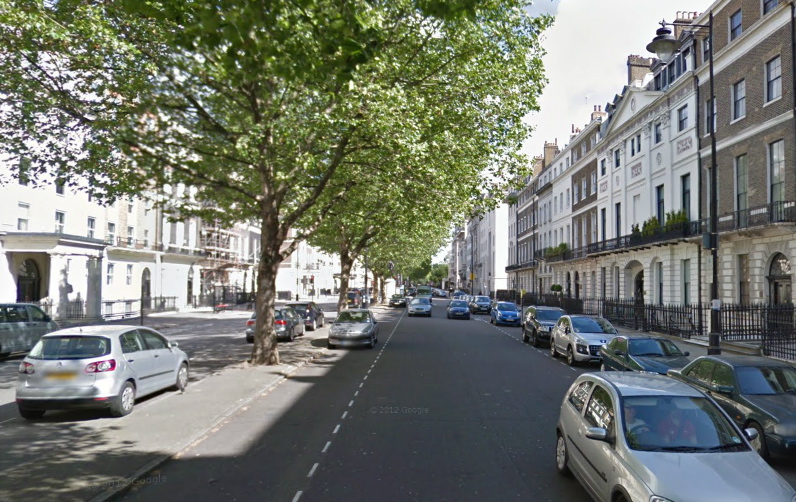 Portland Place in London is now crammed with cars and could be easily turned into a genuinely multi-use street. It’s certainly wide enough, and has been this wide since it was built in the 1770s. Lots of London’s streets are wide, and very, very few were built wide for motorcars. 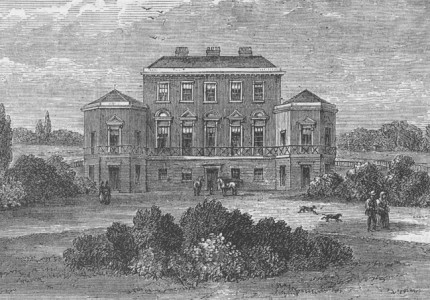 Portland Place is 125 foot wide today (from building to building, the width of the ‘highway’, not just the carriageway) and was 125 foot wide in the 1770s. It was built to the exact same width as a stately home, Foley House, demolished in 1820.

The home of Lord Thomas Foley – known to his contemporaries as Lord Balloon, because of his prodigious girth – Foley House had wonderful views over to Marylebone Park (now Regent’s Park) and, as an MP, Lord Foley was able to get an Act of Parliament passed that prevented any building that would block this view. 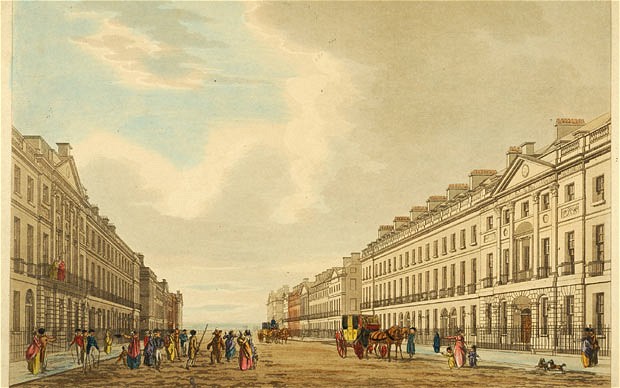 Architect Robert Adam built what was later described as “one of the architecturally finest streets in London” by making Portland Place the exact same width as Foley House thereby sticking to the letter of the law by not blocking the vista from Lord Balloon’s pile.

“Eastward of Harley Street and running parallel with it, is Portland Place, a thoroughfare remarkable for its width, being upwards of 100 feet wide, in respect of which it contrasts most agreeably with the narrow thoroughfares which prevail in most quarters of London, reminding us of the broad boulevards of Paris and other foreign cities, though falling short of them in beauty because it has no trees.”

It now has trees, no dancing bears, but lots of cars.

Hat tip: thanks to this tweet from Mark Treasure, @AsEasyAsRiding