Thanks ever so much for the “extra funding” for cycling schemes in the latest round of the Local Sustainable Transport Fund. However, the term “push bike” is offensive and has been since 1903. Use of such a term makes us think you may not consider cycling a proper form of transport. You don’t call motor cars “push cars,” so please don’t call bicycles “push bikes.”

Oh, and roads aren’t just used by motorists so, on Gov.uk, could you please mention this fact?

According to a 1928 history of the Cyclists’ Touring Club the term “push bike” was first used by Joseph Pennell in 1903. Pennell was a convert to motor-biking but had previously been a long-time user of bicycles and tricycles. He was a UK-based American illustrator. He and his high-society journalist wife, Elizabeth, were famous 19th century travel writers, their cycling exploits appearing in many of the leading journals of the day.

James Lightwood, in “The Romance of the Cyclists’ Touring Club” said the term “push cyclist” was “obnoxious” and that “push bike,” created by Pennell as a put-down in 1903, was “still more objectionable.” 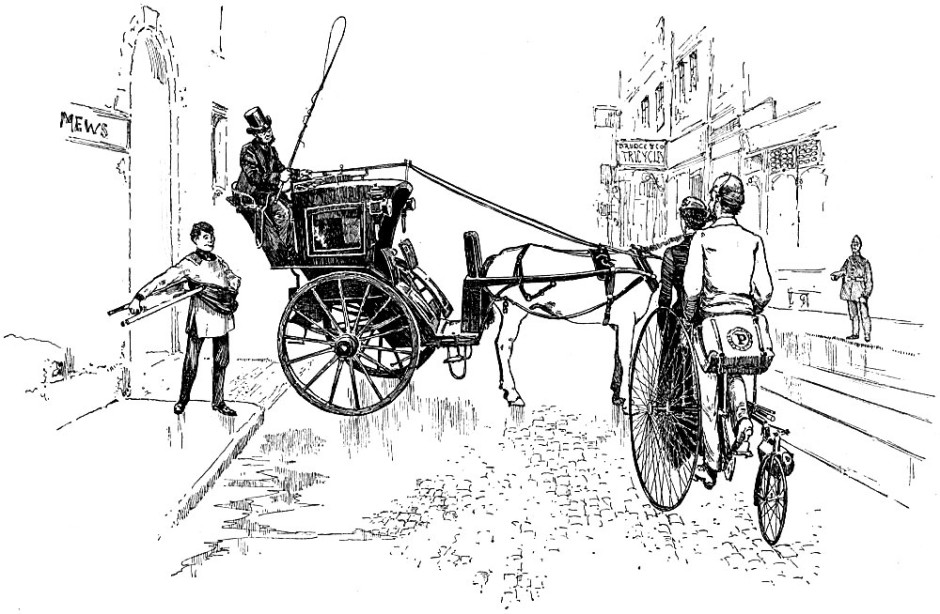 The Department for Transport used the term “push bike” in a press release issued on 17th April.

The Department for Transport is giving extra funding to 9 transport schemes building on their success in encouraging more sustainable travel choices, Baroness Kramer has announced.

The schemes receiving funding are:

Tyne and Wear: £609,000 for a scheme encouraging families to use push bikes for the school run and £295,000 to make cycling, walking and using public transport more appealing and simpler on the A1 Western Bypass corridor – this project aims to help more people looking for work to access prospective employment … 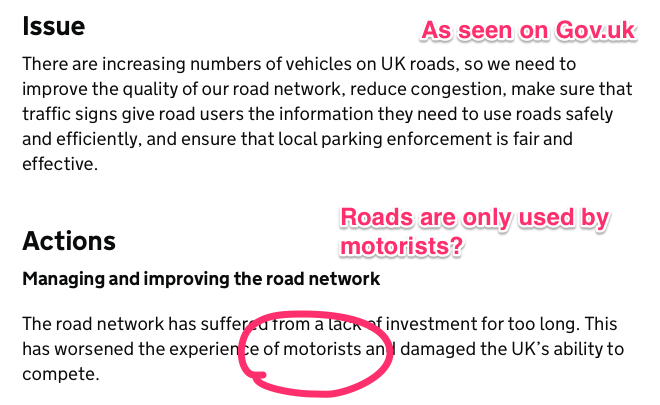 Sadly, the DfT often gives the impression it’s the DfMT – Department for Motorised Transport. On the Gov.uk landing page for the Government’s policy on roads, only motorists get a mention. Equestrians, cyclists, and pedestrians can go shuffle. The use of disparaging terms and omissions such as these reinforce the impression that the Government really couldn’t give a stuff about anything other than motorists. Anyway, I’ve complained on the landing page’s “anything wrong” box. 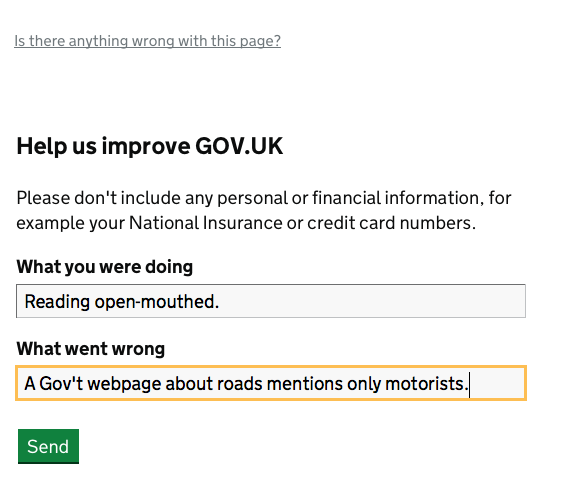 4 thoughts on “Dear Department for Transport: please don’t use the term “push bike,” thanks”