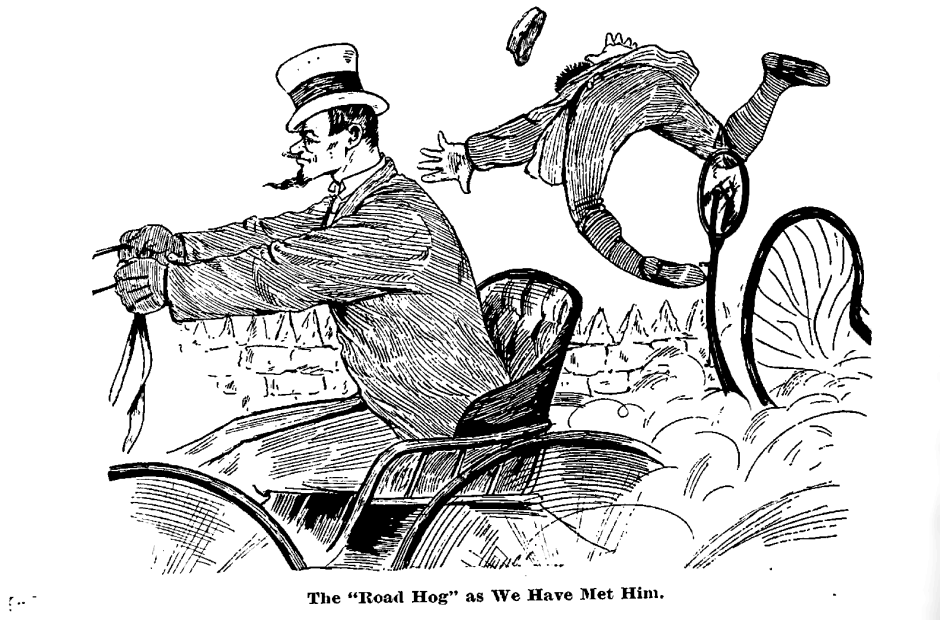 The cartoonist in the League of American Wheelman’s weekly magazine didn’t pull any punches, in 1889, when he imagined the punishment that ought be meted out to those horse-and-carriage drivers who were less than kind to cyclists. They should be slapped into leg-irons and forced to smash rocks all day long. In many US States roads were constructed with convict labour, the so-called ‘road gangs.’ So, this particular punishment was a win/win for the cartoonist: the road hog would be off the road and making highways harder and smoother for the cyclist. 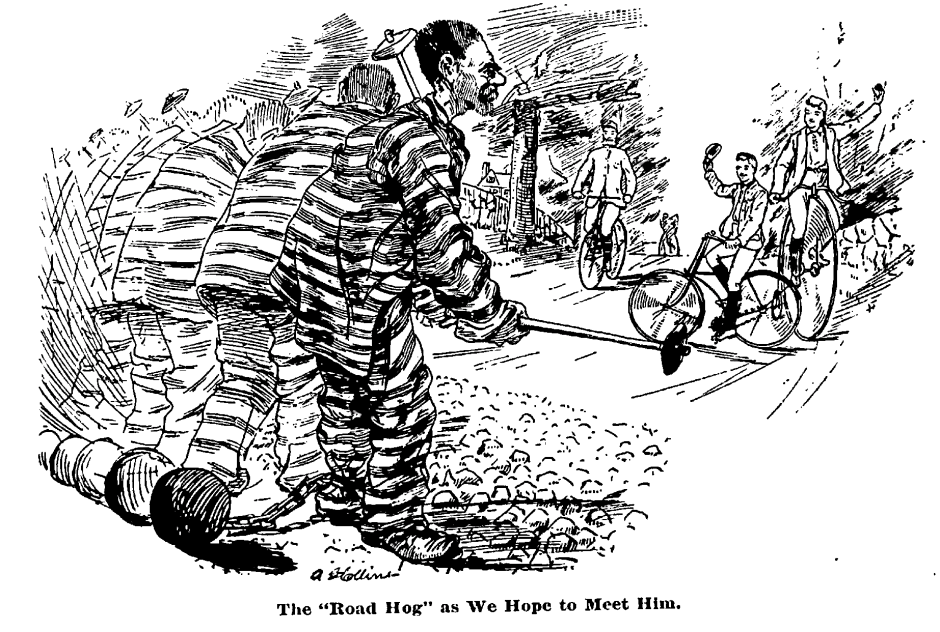