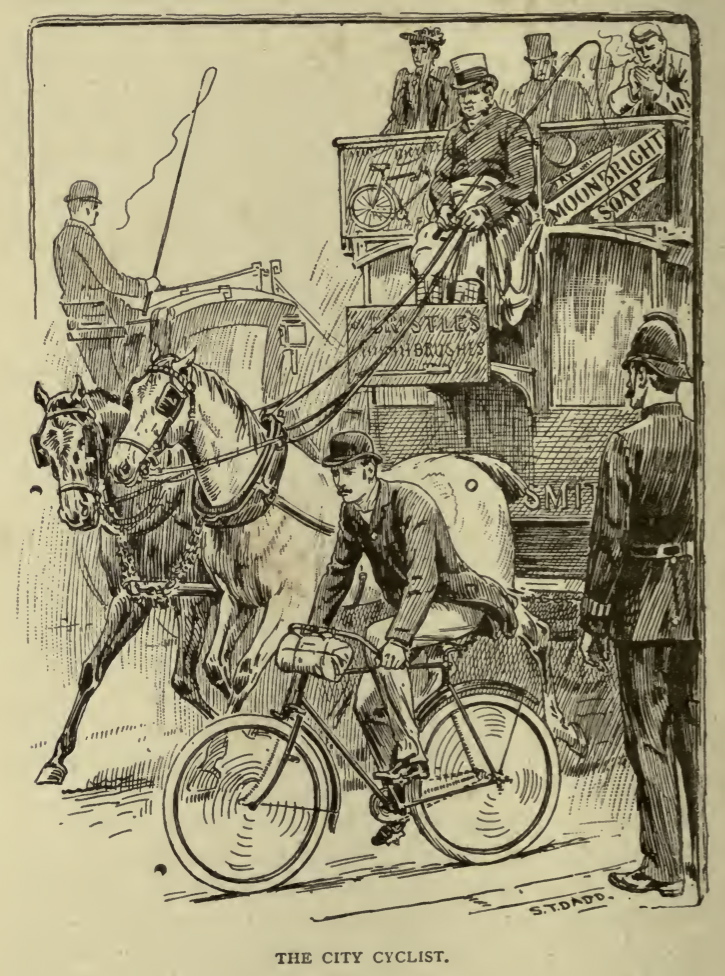 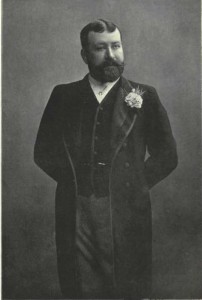 English dramatist, novelist, poet and all-round bon vivant George R. Sims was one of the star journalists of the late Victorian and Edwardian eras. His views were sought on all manner of subjects and he could command stellar fees. No doubt he gave the following interview for free as it wasn’t he who penned it. It’s from the January 1897 edition of Cycle and Motor World and contains some rather interesting ideas about how to keep cyclists safe on the busy, congested streets of London.

(Think cars invented traffic jams? Not a bit of it, London’s streets have been clogged with traffic for a very long time. In 1905, before motor cars became popular, a newspaper asked: “What can we do to relieve the congested state of the traffic in our streets? This is the question which has been racking the brains of the London civic authorities for years past, and as ever-increasing additions are made to the thousands upon thousands of vehicles to be pushed and squeezed through the generally, narrow thoroughfares of the city the task of solving the problem becomes greater in magnitude.”)

“With regard to cyclists and the general traffic – well, I think something will have to happen soon. We can’t go on in the present way much longer. I have an idea that a system of little light bridges is the kind of thing we want in London. If they were built properly the general effect would be very pretty – something after the style of the willow pattern plate, you know. Then, when London was illuminated, it would be like fairy land, and the bridges would be of immense service, too.” 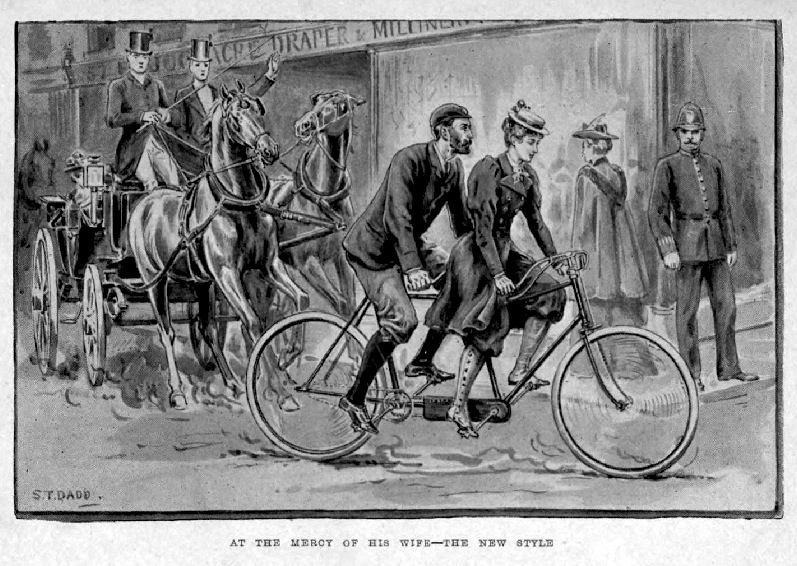 The journalist from Cycle and Motor World pressed Sims on his famously pro-driving views (with driving being the driving of horse carriages, not motoring), asking “don’t you find cyclists rather a nuisance on the road?”

“No; they’re much better than they used to be, and they’re improving every day. I can’t say that I like to see ladies riding through the City and hanging on to the sides of ‘buses when there’s a block; but then, they don’t hurt me because I never drive in the City if I can possibly avoid it. There is one matter at least in which I am quite at one with the cyclists, and that is the careless way in which pedestrians use the roads. I scarcely ever go for a drive without having to pull up suddenly because someone has stepped off the pavement right under my horse’s nose. The people who do that sort of thing never look where they are going or whether anything is coming along the road. It’s simply ghastly the way they try to get smashed up…”