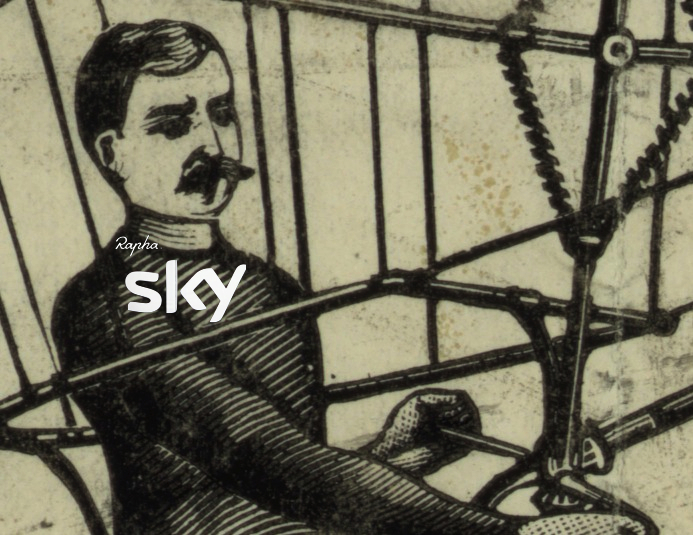 Team Sky’s Chris Froome may be an awesome climber but he can’t fly. This Sky Cyclist can. Well, on paper anyway. The unknown fellow is shown piloting his bicycle above an engineering works in New York state. The illustration below was lodged with the US Library of Congress in 1892.

Cycling and flying have long been bedfellows, with many early cyclists describing cycling as “like flying” and, of course, the first heavier-than-air aircraft was designed, built and piloted by bicycle shop owners. 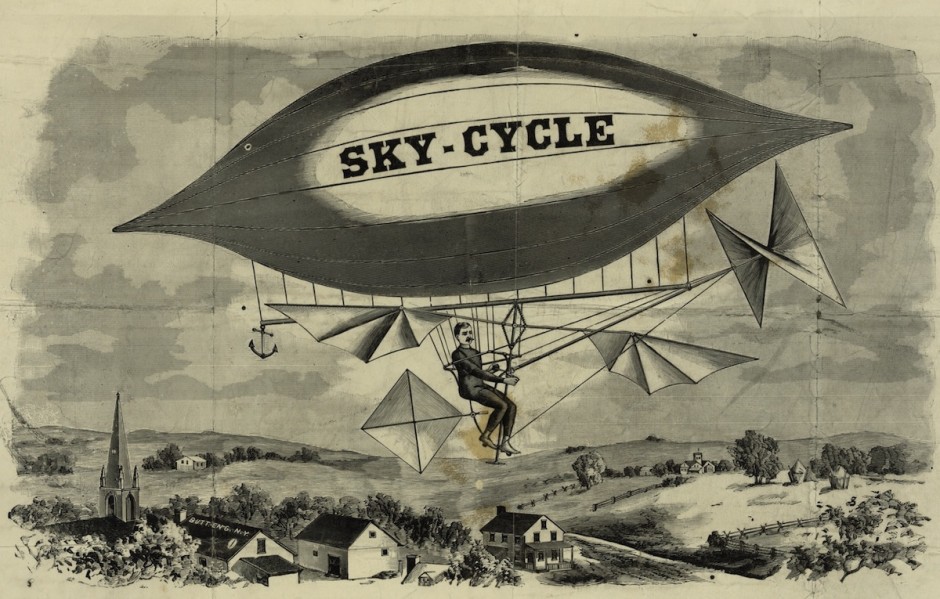