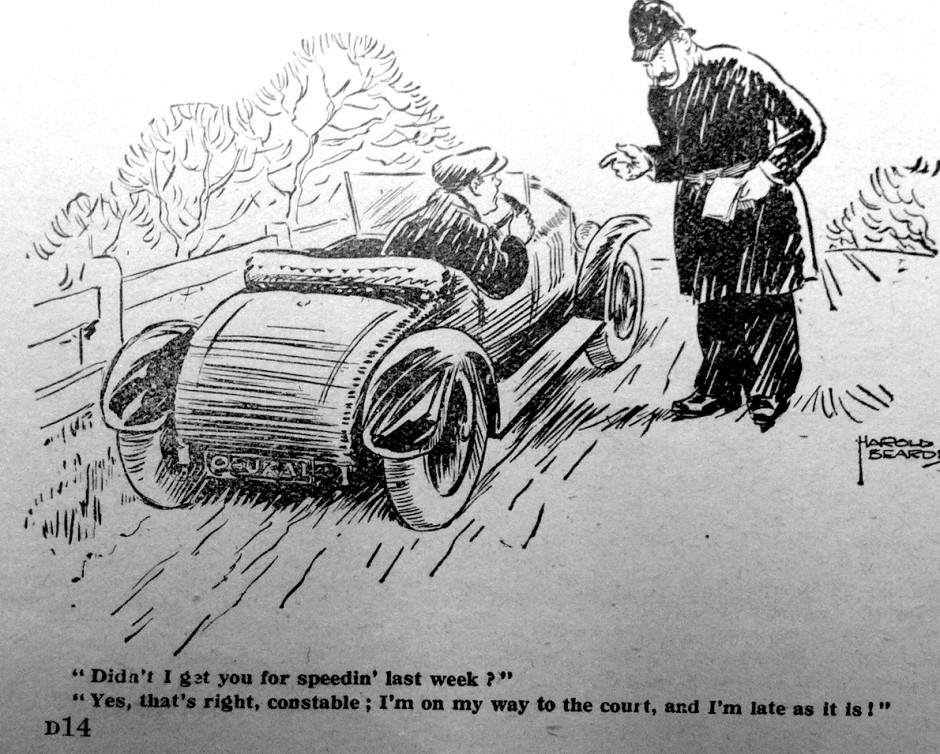 The King’s Highway is the common track for all classes of traffic—foot passengers, perambulators, bicycles, milk-carts, farm wagons and cattle—and no person has the right to behave on the common highway in such a manner as to imperil the safety of fellow-users of that track. Yet a large number of high speed motorists behave as if they had that right…Habitually, too, a large number of motorists behave as if they believe that the whole roadway belongs to them…

Further to assert their claim to an exclusive right to the King’s Highway many motorists make a habit of constantly using loud hooters with the idea of warning persons even a hundred yards ahead on the road to get out of their way. The hooting habit is indeed the typical presentation of the motorist’s mentality: the road belongs to him; everybody must give way to him; and he yells to make them do it…

Why the law should tolerate this nuisance it is difficult to understand. Similar offences unconnected with motoring are promptly punished…The law [would not] remain supine if pedestrians acquired the habit of rushing at top speed along crowded pavements and yelling to everybody ahead to clear out of their way.

The trouble is that when a motorist has the power to go fast he can seldom resist the temptation to do so. He sees a slower vehicle ahead of him, and he puts on speed to rush past it, often at the risk of colliding with a vehicle or pedestrian coming in the opposite direction. It is the power to do ill deeds that makes ill deeds done.

To protect the general public – the legitimate users of the King’s Highway – from the bad manners of motorists intoxicated by the possession of power, certain changes in the law are imperative :-

2. A low limit of speed, say ten miles an hour, should be strictly enforced under heavy penalties in all villages.

3. Loud hooters should be prohibited; hooting round corners should no longer be required, and the fact that a horn was sounded should cease to be a ground of defence in case of an accident.

4. Motor cyclists should be compelled to have silencers on their machines.

5. Heavy cars and charabancs should be forbidden to use country lanes.

6. Measures should be taken to develop bypaths and narrow lanes for the exclusive use of pedestrians, pedal cyclists, and farm carts…