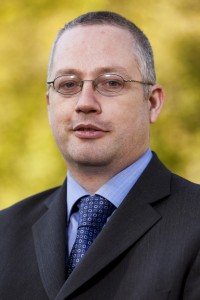 Over on iPayRoadTax.com I dig down into the views of Richard Wellings, the Head of Transport at the libertarian think-tank the Institute of Economic Affairs. Dr Wellings – his PhD is in transport and environmental policy – had tweeted his views about cyclists and they were none too complementary:

“Removing underused cycle and bus priority measures will increase efficiency of the network… • Uneconomic cycling priority measures…impose major time losses on motorists. • Another problem is that cyclists fill up gaps in traffic due to slower speed, delaying motorists at junctions. • Maybe cyclists should pay to use cycle lanes – can’t see why taxpayers should be forced to subsidise them. • Cycle priority measures waste valuable road space and delay traffic. Often they cater for a tiny number of cyclists.”

This über petrol-head wants railway lines to be grubbed up and made into motorways; believes drivers should be able to drive as fast as they bally well please (“There is no necessary role for government in the provision of speed limits or to ensure that motorists are registered, insured and trained,”); and believes cycle paths are “road space wasted on a tiny minority of (often low-value) users.”

One of his blog posts – A brief history of British transport policy – quotes extensively from William Plowden’s 1971 classic The Motor Car and Politics in Britain 1896–1970, a never bettered book on a much neglected topic.

Dr Wellings should go back and read the book again, with fresh eyes. Plowden (who, incidentally is the grandfather of Ben Plowden, Director of Better Routes and Places at Transport for London) was a top civil servant in the 1960s. He also used to cycle to work and was well aware of the contribution to roads history made by 19th century cyclists.

“In the last twenty years of the nineteenth century the peace of many roads was suddenly disturbed by the rapid development of the bicycle. Fitted with pneumatic tyres in the 1880s, the bicycle became the centre of a mass recreation. Thousands of cyclists poured out of the cities, especially London, at weekends.

“For the first time since the rise of the railways the roads were crowded with through traffic; and, for perhaps the first time ever, the idea was born of travelling by road for pleasure. The pleasure would have been greater had through travelling been easier; the, cyclists found, with disgust, that a road system and road surfaces that suited the horse were less appropriate for the touring cyclist. The Cyclists’ Touring Club and National Cyclists’ Union were both founded in 1878; in 1886 they jointly set up the Roads Improvement Association to press for better-administered and better-kept roads.”

In fact, the CTC and the NCU (forerunner to British Cycling) created the Roads Improvement Association in 1885. However 1886 is still a notable date because this is when the RIA organised the first ever Roads Conference in Britain. With patronage – and cash – from aristocrats and royals, the CTC published pamphlets on road design and how to create better road surfaces. County surveyors took this on board (some were CTC members) and started to improve local roads.

When motoring organisations came along ten years later they didn’t create a rival roads organisation, they joined the RIA. The first secretary of the RIA was William Rees Jeffreys.

Rees Jeffreys is known today as an arch motorist, one of the first people to advocate for motorways, but Rees Jeffreys had started his 50 year career in the improvement of what he called “despaired and neglected roads” as a cyclist. In 1900 he was elected a member of the Council of the Cyclists’ Touring Club and was a representative on the Council of the Roads Improvement Association. Rees Jeffreys was Secretary of the RIA by 1901 and argued that the organisation should reign back its pamphleteering of country surveyors and should instead focus on political lobbying: he wanted the CTC to push for a “a Central Highway Authority and a State grant for highway purposes.”

Central Government administration for roads? Yup, thank cyclists for that. British Prime Minister Lloyd George said Rees Jeffreys was “the greatest authority on roads in the United Kingdom and one of the greatest in the whole world.”

The local and national legislative structures put in place by cyclists were later used to great effect by motorists, many of whom had been cyclists long before they were automobilists. Had these influential figures not spent many years lobbying for better road surfaces and central administration for roads when they were cyclists, they would not have been as well equipped when it came to lobbying on behalf of the automobile.

Maybe this is why Dr Wellings has it in for cyclists? As a libertarian he doesn’t want central administration of anything. Dr Wellings’s history of road transport fails to mention the role of cyclists and says the roads lobby was born in 1895 with the formation of the Self-Propelled Traffic Association, a motoring organisation. Cyclists are frequently airbrushed out of roads history in this way.