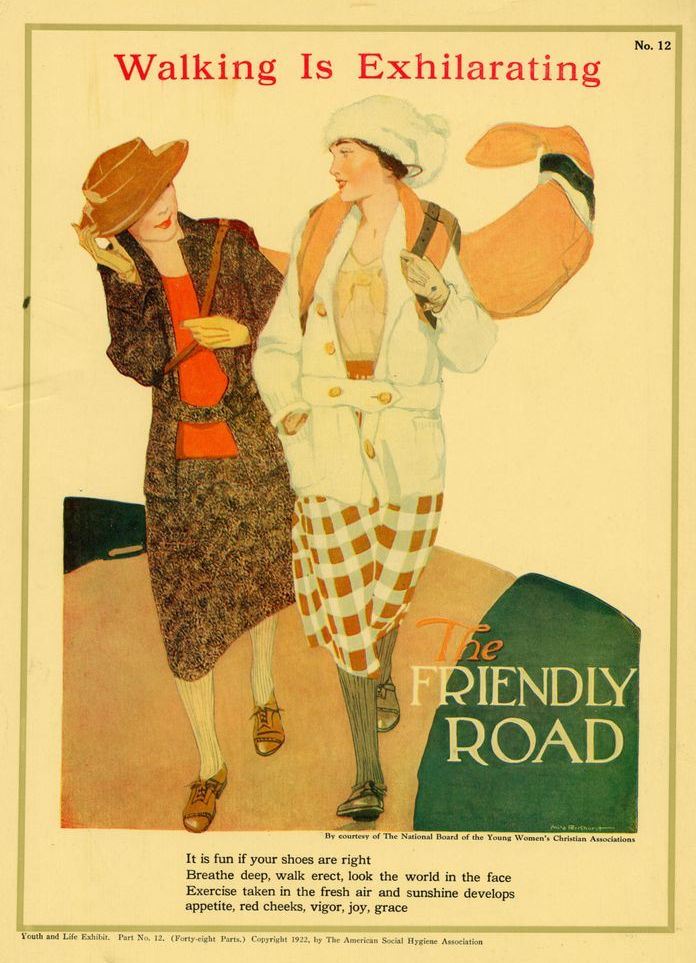 This 1922 poster says “Walking is Exhilarating” but what it’s really trying to convey – probably unsuccessfully – is that “Walking is Better Than Sex.”

The poster was one of 48 produced jointly by the American Social Hygiene Association, the U.S. Public Health Service and the YMCA in an attempt to prevent young ‘uns copping off with each other and catching the clap. Lack of morals and venereal disease went together, believed the campaign, which started in 1919.

Keeping fit was believed to be one way of diverting sexual energies. The increasing prevalence of cars, of course, was allowing for greater sexual freedom – the antidote was thought to be fresh air and exercise. 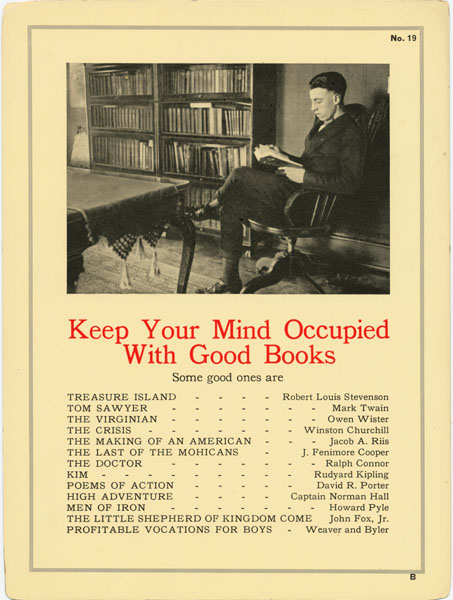 Or, reading good books. This poster recommended Treasure Island, by Robert Louis Stevenson; Tom Sawyer, by Mark Twain; The Virginian, by Owen Wiste and The Crisis, by Winston Churchill. Personally, I’d recommend Roads Were Not Built For Cars: it’s guaranteed to only erouse your interest in history.