I’ve finished the cycles-begat-automobiles chapter of the book. It’s 65,000 words long. This “chapter” is really a book and I’ll probably flesh it out even further and bring it out as a standalone e-book: pedalling petrolheads will love it. However, all the original Kickstarter backers will get the long chapter within the “roads” book. The book is rather longer than I originally anticipated. (The length and factual depth of the motor cars chapter is the reason for my tome’s tardiness). Anyway, the chapter shows how motorists owe far more to cyclists than many could possibly imagine. As well as the very important transfer of technologies (the Carl Benz Patentmotorwagen used cycle parts from Frankfurt’s House of the Bicycle) there was a transfer of personnel, capital and more. In my chapter I feature 64 motor brands which had bicycling beginnings, including GMC, Chevrolet, Rolls Royce, Aston Martin and sixty more. I relate the cycle history of each brand. Here’s the text for Houpt-Rockwell, a brand of motor car which had bicycling beginnings, and which gave the colour yellow to New York City’s taxi cabs and which is also connected, rather beautifully, with the Californian beginnings of mountain biking…[I’ve left the text as is, and include the notes, too]. 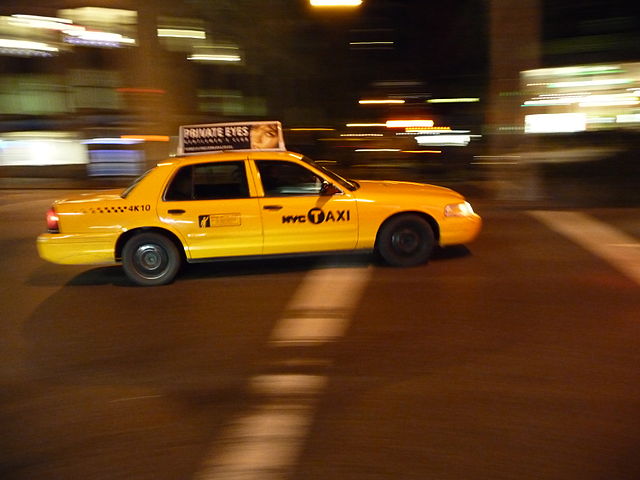 HOUPT-ROCKWELL
New York’s famous yellow cabs are connected to cycling twice over, first in the few years before the First World War, and then in the 1970s. The original yellow taxi cab appeared in 1909. It was made by Rockwell, a car company with bicycle roots. The Houpt-Rockwell company developed from the New Departure Manufacturing Company of Bristol, Connecticut. New Departure became one of the largest accessory makers within General Motors but had started, in 1888, as a maker of bicycle bells. The company was started by Edward Rockwell and his brother, Albert. The New Departure Bell Company also made ball bearings and an innovative freewheeling hub brake, the “coaster” brake that, in the early 1970s, was used on the first “klunkers” in Marin County, California, the downhillers which morphed into world-conquering mountain bikes.[1]

The first company to use Rockwell-made cabs was Wyckoff, Church and Partridge, a company which was absorbed, in 1910, by the Connecticut Cab Company, which was operated by Rockwell and other directors from the New Departure Manufacturing Company. In 1912, Rockwell incorporated the Yellow Taxicab Company, and the colour of New York’s cabs was set.[2]

[1] Famously, these coaster brakes had to be repacked with grease on every racing descent of Mt. Tamalpais and the impromptu race series became known as the “Repack”. This race series is the key founding event in the creation of the mountain bike. The coaster brake was “antiquated” by the 1970s and was soon replaced but in the early 1900s, the New Departure brake was lauded as “the brake that brought the bike back.”

Joe Breeze, one of the original Repackers, told me by email:

“On Repack we used the kind of brake developed by New Departure. In fact, New Departure brakes are most responsible for the Repack name. Those old brakes were not up to test. By the bottom of the two-mile, 1300-foot-vertical downhill the grease in the hub would be vaporized into a contrail of smoke. After repacking new grease into those old New Departure Model D hubs so many times, we deemed them “parade level.”

“The Morrow coaster brake was the best. It was made by the Eclipse Machine Division (of Bendix) in Elmira, New York. The Morrow had a larger diameter body, which gave it more runs between repacking. Most all the brake hubs used in the early Repack races were of the coaster type. They were all designed, if not made, in the 1930s, and based on the first New Departure hubs of 1898. Other common brands were Muscleman and Bendix.” 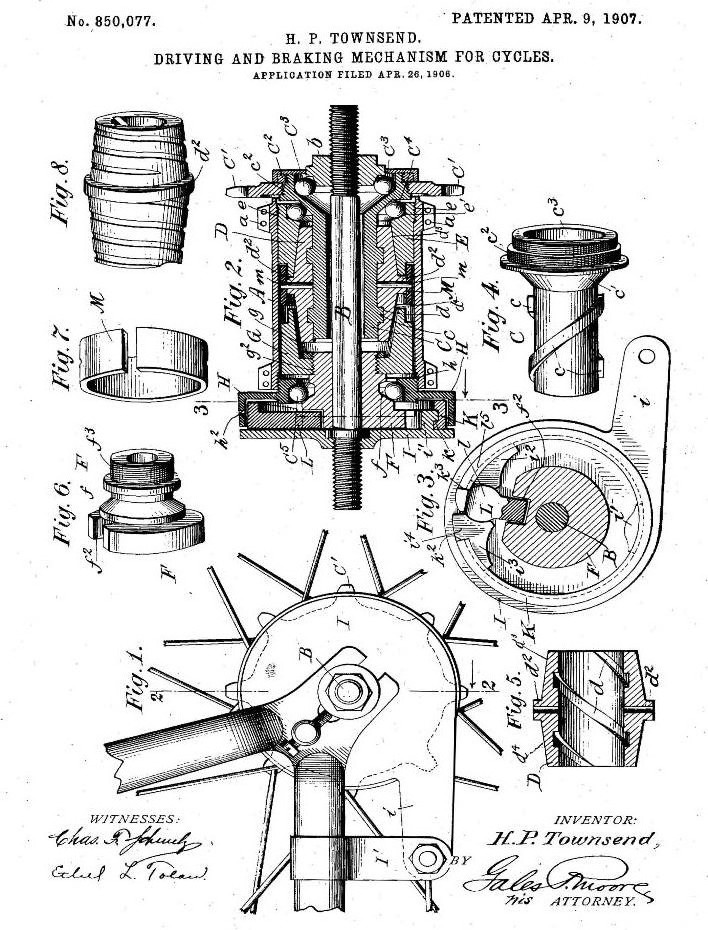