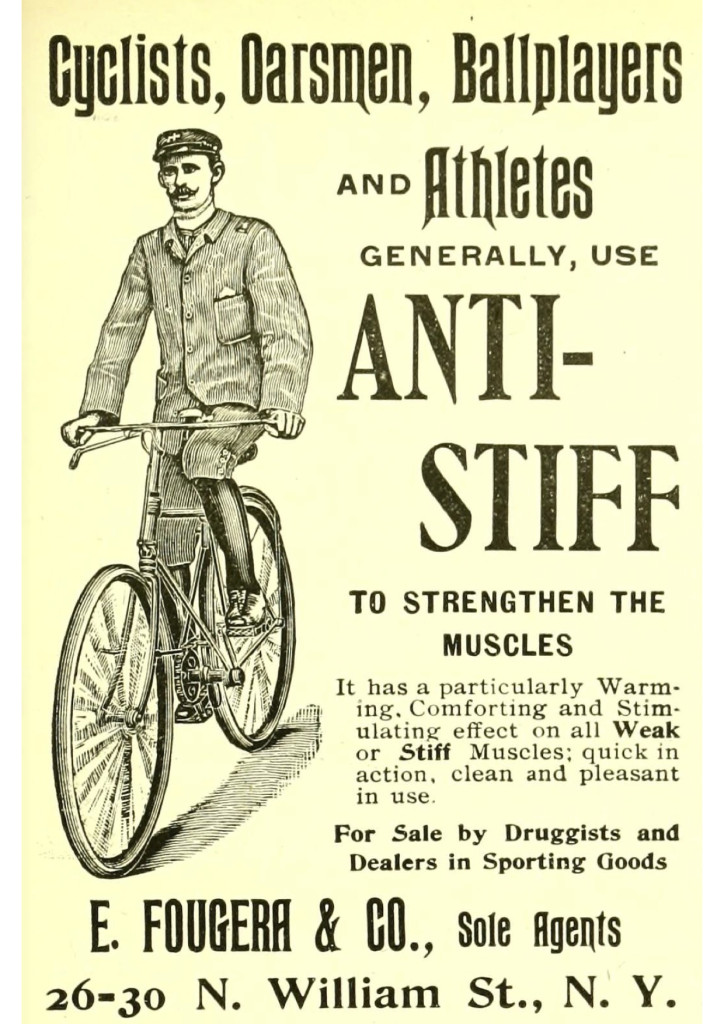 Trivia: Hollywood’s bawdy actress Mae West is popularly thought to have said “Is that a gun [or pistol] in your pocket, or are you just glad to see me?” in the 1933 movie She Done Him Wrong, a movie set in the 1890s. In fact, the line isn’t in the movie although a variant of another of her famous one-liners is (“Why don’t you come up sometime ‘n see me?”). West reportedly spoke the pistol/pocket line to a police officer who met her at the Los Angeles railway station in February, 1936. For posterity, she restated the line in her 1978 film, Sextette, to co-star George Hamilton.

A title card for She Done Him Wrong makes an oblique reference to the bicycle boom of the 1890s. It was a “lusty, brawling, florid decade when there were handlebars on lip and wheel – and legs were confidential.”

Mae West was a cyclist and told an assembled crowd so on August 21st 1961, wise-cracking that cycling kept her trim. She cut the opening ribbon for America’s first modern era bike path. This was a short stretch of on-road, unprotected bike infrastructure on Krome Avenue in Homestead, Florida. This was America’s “City of Bicycles” in the 1960s, thanks to resident Dr. Paul Dudley White, an internationally famous cardiologist, heart physician to President Eisenhower. White believed cycling was the ideal form of exercise, and in the late 1950s had started the Safe Bicycling Committee to encourage Americans to get back in the saddle.

Dr. White persuaded Homestead’s municipal chiefs to lay out a grid of on-road bike paths, leading from residential areas to schools, shopping centres, parks and playgrounds. None of the striping remains today.